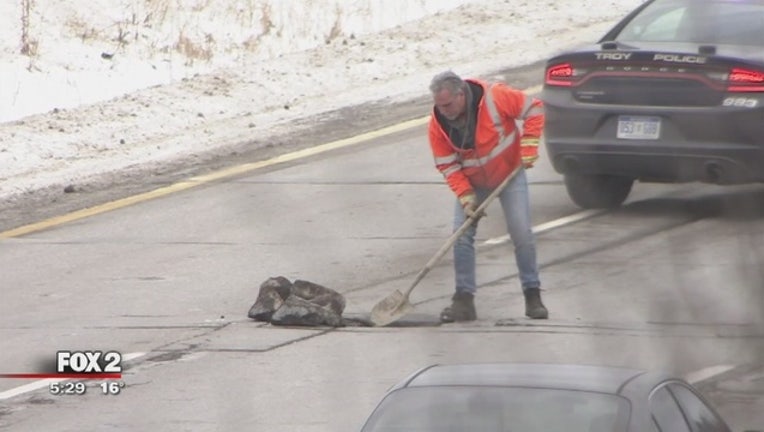 A Senate-controlled subcommittee approved the bill Tuesday, with Republicans in support and Democrats opposed.

It does not include revenue from the Democratic governor's proposed 45-cents-a-gallon fuel tax increase, which has been rejected by GOP lawmakers. The Senate plan would fully implement 2015 road-funding laws a year earlier, so $132 million more is spent in the next fiscal year.

A Democrat on the subcommittee says Republicans are "chicken" and "took the easy way out" despite terrible roads. But the Republican chairman says it would have been irresponsible to include money "we don't know we'll have."

Whitmer's plan would have alloted $2.35 billion in net revenue for Michigan roads which included a 45-cents-a-gallon increase on the state's gas tax. The $2 billion plan would increase the 26-cent fuel tax by 45 cents by October 2020.

Republicans in the GOP-controlled Legislature have been vocal in their opposition to the gasoline tax increase.