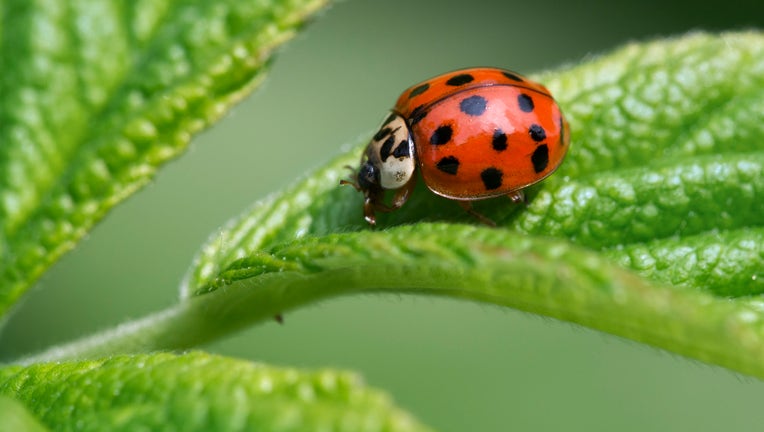 FERNDALE, Mich. - Since Michigan's first period of cold temperatures, residents in the state may begin discovering a familiar site inside their homes: red and orange-colored beetles with black spots.

Contrary to their appearance, these are not ladybugs - or lady beetles as entomologists call them. Instead, they're Multicolored Asian lady beetles, which are native to eastern Asia before they were introduced to the other continents as a form of pest control.

Their appearance in and around people's homes recently was likely triggered by a cold spell that swept through Michigan last week, Gary Parsons, an insect specialist, and director of the Bug House at Michigan State University wrote in an email.

"(they) are responding to the cold and seeking sheltered places in and around homes for the winter. That is a normal behavior for this species," wrote Parsons.

Parsons said he believes the population of the beetles is linked to an abundance of prey that spawned after the warm spring and rain earlier in 2021. More food can lead to an increase in predator populations.

However, like sudden increase in Brown Marmorated Stink Bugs earlier in the fall, cooler temperatures typically lead to insects attempting to overwinter. They like to hide in the walls of homes but occasionally wander into the homes as well, which explains why some homeowners will see them in the winter.

Then when temperatures warm in the spring, they'll head back outside. That may be why so many begin congregating near windows at that point.

Beyond the surprise of a bug in one's house, they don't present much of a threat to people and do a good job of protecting gardens from pest insects.

"There is not a lot people can do to keep them away other than seal up all cracks and crevices where they might enter on siding, attic vents, and around doors and windows," Parsons wrote.