DETROIT - In the 1830s, the fight to abolish slavery was picking up steam, especially in Michigan as people from across the state got together to form a society to fight oppression.

"It feels kind of early, we usually think of the underground railroad and the opposition to slavery as the1850s, right before the civil war. But by the 1850s, this had been going a long time," said Sandra Clark of the Michigan Historical Society.

In the 1830s, the fight to abolish slavery picked up steam, especially in Michigan where people from across the state got together to form a society to fight oppression.

The society was formed by 75 anti-slavery activists from six counties -- one of many across the country. At the time, the national Presbyterian Church didn't want to take a stand against slavery, saying it was a political situation the church should not take a position on.

Some members of the First Presbyterian Church viewed slavery as a moral evil that all Christians should seek to eradicate. The controversial meetings were held for a decade at that church, which at the time was on East Huron Street.

"People in Michigan had been forming societies, participating in the underground railroad, helping fugitives from slavery, finding new lives - all of those things for quite a while," said Clark

The members adopted 14 anti-slavery resolutions. It was also the start of anti-slavery papers in Michigan - the first being The American Freeman. There were plenty of papers dedicated to spreading news across the country about the opposition to slavery. Many of the papers didn't last long, but one found some longevity.

"In 1841, you get the Signal of Liberty back in Ann Arbor and that is one of the antislavery papers that actually has a fairly long life," said Clark 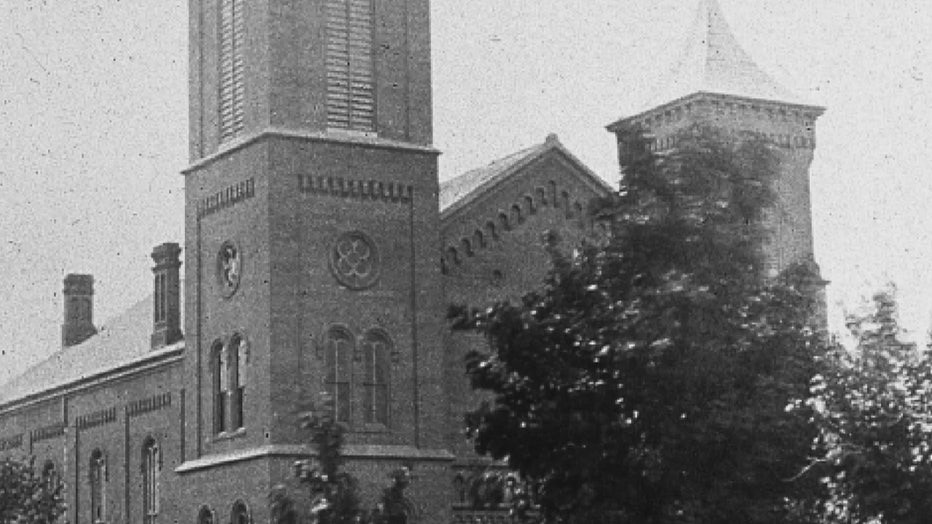 The church building on East Huron where those iconic meetings were held was demolished in 1935. Today, a credit union stands in its place, with a historical marker recognizing the significance of the location. At First Presbyterian's current location, the church honors its place in history with the cornerstone from the original church.

"They're leaving a really important historical record as well as being part of an historical movement," said Clark.