FOX 2 - A shave, a meal, a handshake and a shower are some pretty simple ingredients that are fueling a feeling of pride.

"So for us when somebody shows up and they say 'Hey I want to take a shower,' to physically see the transformation of somebody who's trusting enough to get into a trailer, take a shower and then come out," said Todd Gordon, The Wave Project. "The look on their face, their spirits being lifted, the dignity that's reinstated, it's just an amazing experience."

Wave Project provides showers to those in need

A shave, a meal, a handshake and a shower are some pretty simple ingredients that are fueling a feeling of pride

The Wave Project is making even bigger waves now. In September when they started, they provided 20 showers. In October, that surged to close to 90 showers.

The project has ramped up to respond to the need, bringing its three portable showers on wheels to community groups and churches. They park, plug, and serve.

"The first guy who took a shower in one of these, he had just gotten a job that day," said Todd Pittman, Wave Project. "He came to us saying, 'It's awesome that you're here because I just got a job and I wanted to clean myself up for the job.' To hear that and have him be one of the first guys to take a shower was just amazing."

Todd and his friend Dale Pittman are dealing with such a surge of people who need this, they're looking for grants and donors to help.

"Having more trailers, yes that might meet the need in some areas but having someone to drive the trailer is the bigger need right now," Pittman said. "Sometimes this trailer will sit around for a week or two weeks, because we are busy with our full-time jobs. So to have somebody who can come along and run it - we could run at 40 hours a week right now."

They also need more volunteers. They feel that the need is greater than what they can serve, nor because of the state of the art, heated showers on wheels-but because of manpower to run it.

"It could be part time, full-time. It could just be a contracted person that can drive the trailer is the big need right now," Pittman said. "The trailer is available but someone who can drive it is not."

"To be able to walk in to the shower, spend some time, getting well, getting clean and to come out of the shower feeling and looking refreshed, is just amazing," said Gordon.

"Look different, you can tell they feel different and if somebody who is able to serve it's just an awesome moment," Gordon said. "I didn't do much but it had such a great impact on somebody else."

For more information, go to waveproject.org 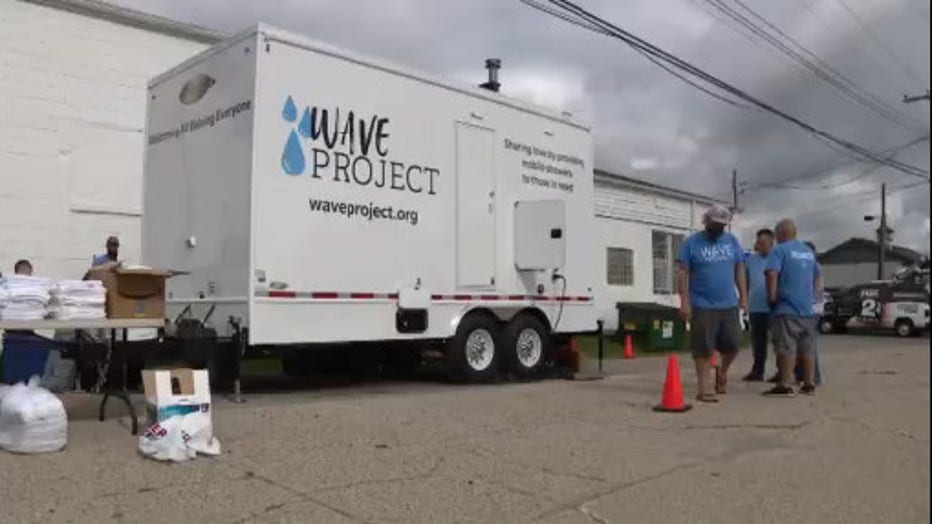