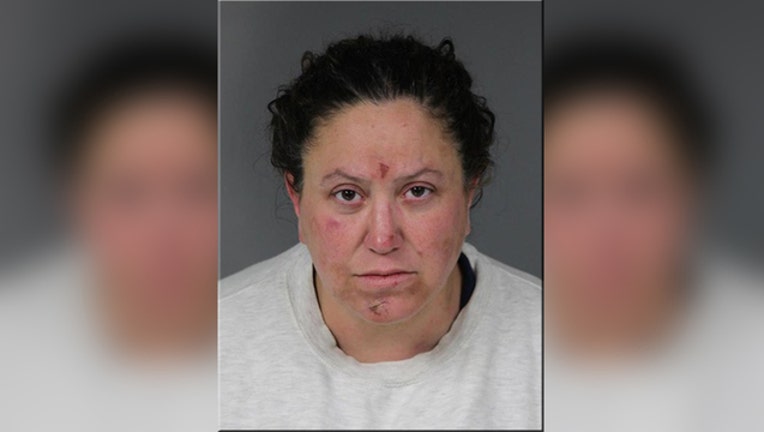 Kimberly Felder, 45, was arested after a Good Samaritan stopped her from performing an exorcism on her daughter, California sheriff's say. Image: Humboldt County Sheriff's Office.

(WJBK) - A California mother is being charged with attempted murder after authorities say a Good Samaritan stopped the woman from performing an exorcism on her own daughter.

The Humboldt County Sheriff's Office was called Friday morning in regards to a small child being attacked at Centerville beach in Calfornia. The caller said the child was an 11-year-old girl who had been stripped naked and the woman was shoving handfuls of sand into her eyes and mouth.

The mom stated she wast rying to remove demons from the child.

The sheriff said that the woman was identified as 45-year-old Kimberly Felder of Ferndale, California. They said she continued the assault by striking, biting, and choking the child as a crowd of about 10 to 12 watched.

In a press release, the sheriff said that a local citizen, John Marciel, arrived on scene and immediately stepped in to restrain the woman. Marciel struggled with the woman who continued the attack on the child and even hit her with a piece of driftwood.

A short time later, deputy arrived on scene to pull the woman off of the child and arrest her.

EMTs arrived as well and took the child to a hospital where she was treated for mutliple injuries including severe damage to her right ear.

"If it were not for the intervention and heroic actions of John Marciel, it is very likely that the child would have been killed by Felder. The Humboldt County Sheriff's Office would like to offer special thanks for his assistance. The Sheriff's Office will also be requesting that John Marciel be recognized for the Red Cross Life Saving Award," the sheriff's office said.