MONROE, Mich. (FOX 2) - A security system alerted Michelle Burns that someone was in her yard.

"I saw some people walking by and it looked like they were dragging something," she said. "I was like, 'Let me go check.'" And she quickly learned her 11-foot-tall inflatable dragon that cost around $200 had vanished.

"It was huge, heavy, those things take forever to deflate," she said. "So they had to have had a vehicle or something close where they ripped it out and threw it in. It was staked down. It had eight stakes in it."

This prompted another call to police, as this isn't the first decoration to go missing from the Burns family.

"After everything that has happened, I never thought the dragon would be targeted and stolen," she said. One week prior, a 6-foot long skeleton was removed from its resting place.

"That was like 6 in the evening when we were all home," she said. "They came in and took the skeleton."

A few weeks prior to that, a costly projector was stolen from her yard.

"They took the extension cords and everything."

Police reports have been filed and security footage handed over, but so far nothing. The fake crime scene tape around the house is getting a little too real.

The Burns flirted with the idea of packing it all away.

"This is not only time consuming to set everything up, to keep it maintained, but it's costly too," she said.

But then they thought of their six kids and the message that would send.

"That's like giving in to a bully," she said. "If you (give up) they win and everyone else in this community loses."

After hearing about the recent thefts, a complete stranger drove up from Toledo to Monroe and donated a large inflatable skull and spider display, just to encourage the Burns family to keep up the holiday spirit.

So that's what they plan to do.

"Even when the world wants to be ugly, you still have to shine and be the bright spot," she said.

Hoping to shine a little light on some misguided criminals at the same time. 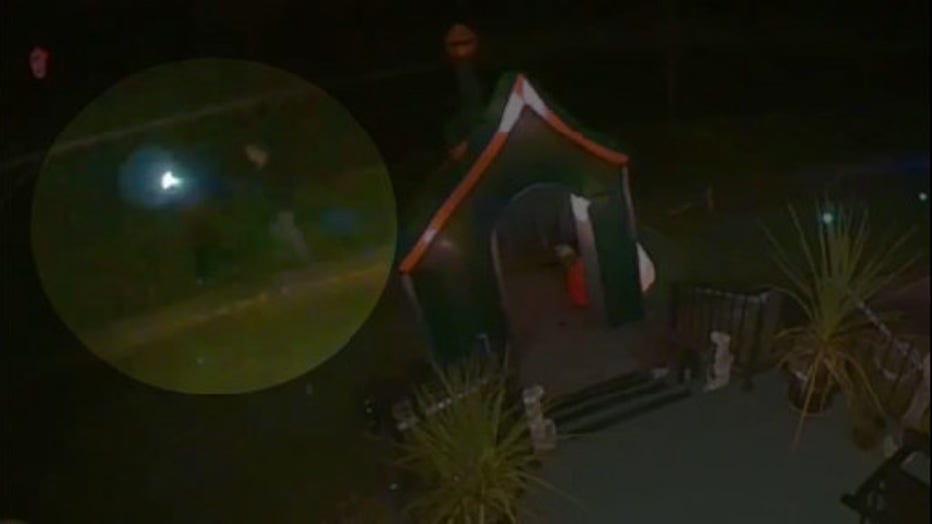