Things are very much the same at offices across America as the show The Office pointed out for years, but one thing has changed drastically in the last five years.

Politics are taking center stage at the water cooler, in cubes and in lunchrooms across the country. Workplace expert Robin Ankton of the firm Robert Half in Detroit says a new poll of 1,000 Americans shows the change is very apparent.

"60 + percent of them said that politics in the workplace are happening more now than five years ago so it's more of a conversation at work today than it ever has been.

It's escalating to the point where it's cutting into productivity and morale -- 19 percent saying it's irritating. Just about two out of 10 people at work were saying stop talking about this, so who's not getting the memo?

"In my opinion, you shouldn't talk about politics in the workplace at all and so there's those 19 percent that are saying it is upsetting to them. So if it's going to upset your colleagues and hurt the workflow potentially, why are we even having this conversation at work?" said Ankton.

Politics are taking center stage at the water cooler, in cubes and in lunch rooms across the country. Workplace expert Robin Ankton of the firm Robert Half in Detroit says a new poll of 1,000 Americans shows the change is very apparent.

At what point is it just politics as usual and it's acceptable, and what point does it go to the human resource office?

"Well it can happen quickly and it's very emotionally charged when people are talking about politics and It can go from 0 to 60 in seconds and people are getting frustrated so it should be just that, a conversation. you shouldn't be judging people's opinion. it shouldn't be a debate on what you know what's good and what's right and what's wrong," Ankton said.

As we head to the year countdown until election time, the talks aren't expected to simmer down anytime soon. A quarter of the people polled say they don't care one way or the other if coworkers get bold with their political banter. But if you're on the other side of that coin, try these tips if it's driving you nuts.

"Well if you don't want to be involved in the conversation, you're one of those that makes you feel comfortable in that conversation you just have to bow out gracefully, 'Hey I got to get back to work" or "I have a deadline I need to meet" or just being completely transparent about the conversation," Ankton said. 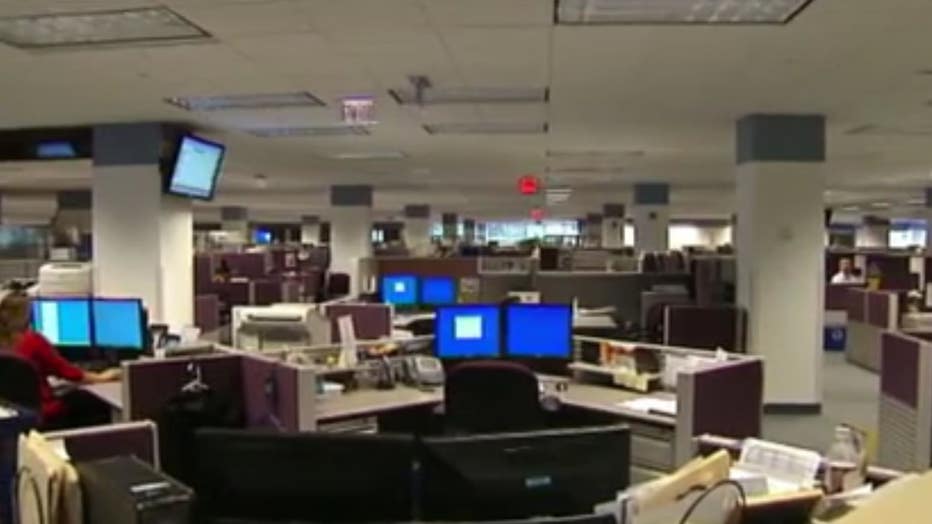