OXFORD TOWNSHIP, Mich. - Some 80 bands, orchestras, and choirs from an array of schools across the U.S. have paid tribute to victims of Oxford High School by performing the district's fight song, an ode to the community still managing the aftermath of a deadly shooting.

The high school's band director sahred the music for the fight song after being contacted by a band director who had hoped to honor to the district.

Since then, schools in Michigan, New York, North Carolina, Kentucky, and Pennsylvania have paid tribute with videos posted on social media over the last two weeks.

"I get emotional every time I hear one," Band Director Jim Gibbons said. "This is a very busy time in the band world because they’re working on their holiday concerts. But they’ve taken time out of that to learn our fight song and play it for us, as well as their own communities. It’s just overwhelming for us."

Somer Lach, a student at the school stitched together portions of the videos that were sent to the district to create one full Oxford fight song video. 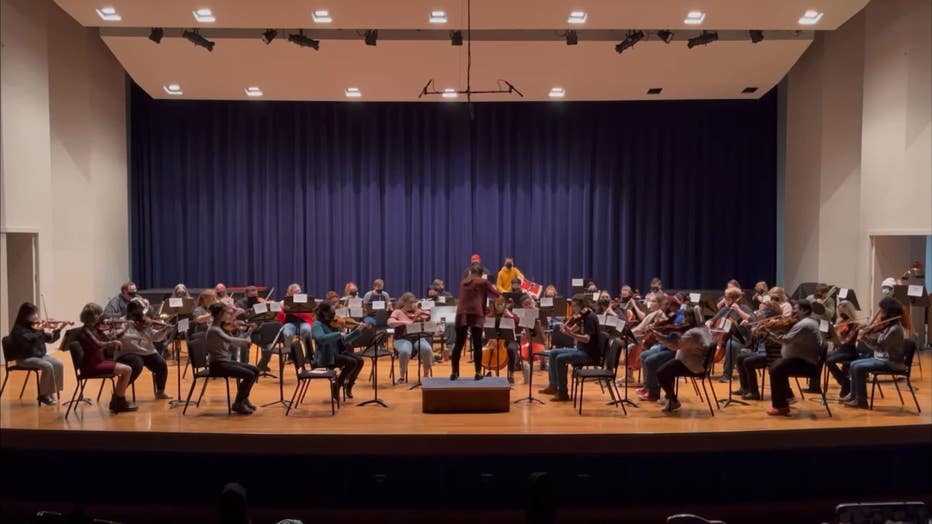 According to a press release from the district, the fight song was first written in 1944 by a student. It's an original score and doesn't mirror any other university fight song

"The videos have been so beautiful to see," said Marissa Weller, orchestra director at Oxford High School. "All of these different bands, styles, and places playing the same piece of music, joining in our same fight, is extremely heartening. It’s a reminder that we can come together to create something beautiful in a time of need and tragedy."