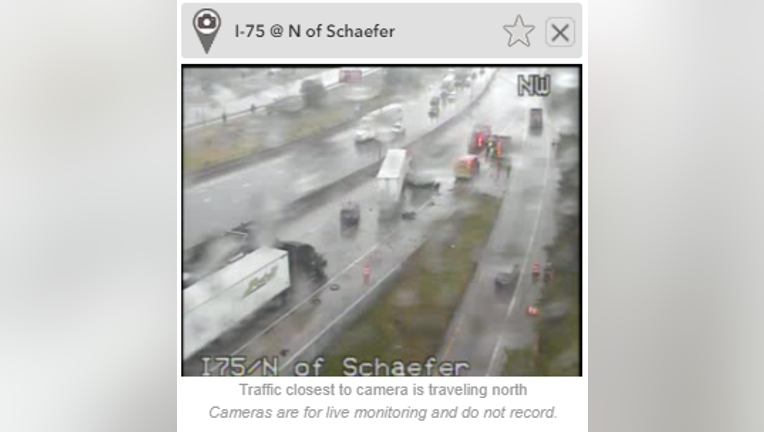 DETROIT (FOX 2) - I-75 heading north has been reopened after being closed for roughly an hour and a semi-truck jackknifed.

The Michigan Department of Transportation said NB-I75 at Schaefer and Fort Street was closed to drivers for a jackknifed semi.

A traffic camera of the scene showed multiple emergency and MDOT vehicles on the scene.

Around 2 p.m., the freeway was reopened.

It's not know if there were any serious injuries from the crash.