OAKLAND CO. Mich. - The massive construction project modernizing I-75 and ruining your commute is finally done - at least part of it. The road construction that will kick off Friday, Dec. 27 includes moving traffic over to the newly-designed northbound lanes removing temporary barriers on southbound lanes.

Segment two of this new project involves reconstructing 8.5 miles of pavement in each direction and improving 18 bridges of a two-year period.

With phase one of construction on I-75 finished, MDOT workers are moving barriers and traffic lanes in preparation for phase two of the construction. It's going to constrict southbound traffic down to one lane

By 7 a.m. on Friday, northbound traffic will shift to its pre-construction configuration that will include three open lanes, except for a one-mile stretch between Big Beaver and Wattles road, where only two lanes will be open.

Meanwhile, southbound traffic will experience more constriction with available lanes being reduced to one. Crews will need to remove roughly nine miles of temporary concrete barrier walls off the southbound lanes and re-strip the freeway before fully opening lanes and ramps, which is expected to happen Dec. 31.

RELATED: Newly built portion of I-75 to be removed and replaced after wrong pavement used

The construction recently made viral headlines after a portion of the new pavement that had been laid down was built with the wrong kind of material. The two left northbound lanes between 13 1/2 and 14 Mile roads, plus the exit ramps will need to be repaved. 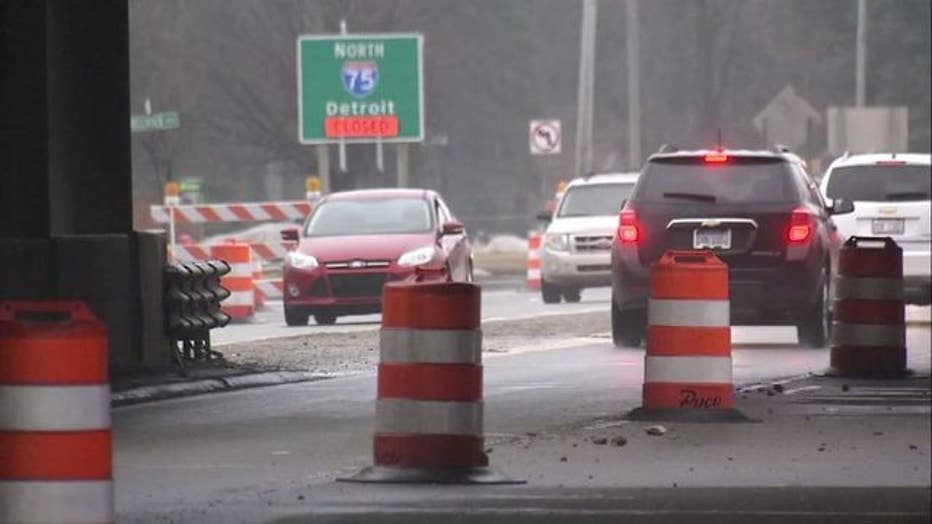 The I-75 construction project is one of MDOT's biggest, featuring a $224 million reconstruction of more than eight miles of pavement in each direction between Coolidge Highway and 13 Mile Road.