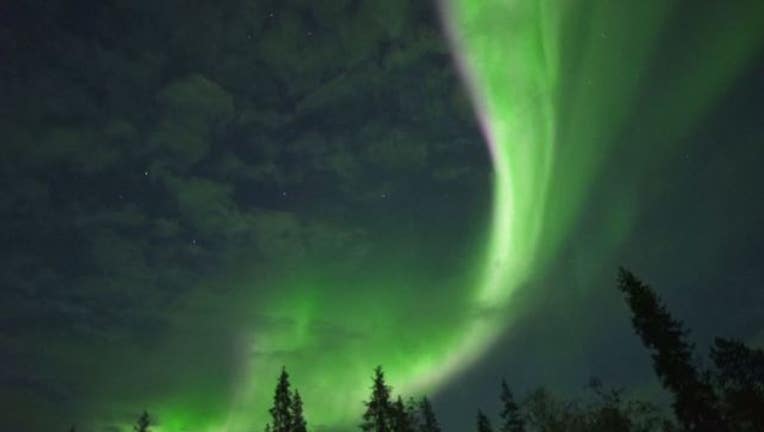 DETROIT (WJBK) - It's typically difficult to see the Northern Lights in southeast Michigan, but there's actually a bit of a chance that you could see them Tuesday night.

The aurora forecast from the Space Weather Prediction Center, shows a spectacular Aurora Borealis is likely Tuesday night. But the view line, the red line in the image below, dips well into southeast Michigan.

If you look close enough, the view line shows that it's even just south of the Detroit Metro.

The time frame is from 11 p.m. Tuesday into early Wednesday morning.

Now, there's no guarantee that if you're in the Detroit area that you'll actually see it. In fact, light pollution makes it almost impossible to see.

So if you really do want to see the Northern Lights tonight, load up the car and head just a little bit north of the city and you may just see a spectacular show.