The Northville School District unveiled a new safety measure to ensure first responders can help in case of emergencies, faster than ever before.

NORTHVILLE TWP., Mich. (FOX 2) - After last November's mass school shooting in Oxford and more recently in Uvalde, Texas, one suburban Detroit school district had come up with its own safety in case of emergency.

"There would be nothing more frustrating than being at the front door and not being able to get in," said Chief Scott Hilden, Northville Township police.

"The notion we came up with was providing a key fob for every single first responder in Novi, Northville Township and Northville." said Webber.

Police and fire personnel can use their key fob to get into all access points or doors in the district, even off-duty, if tragedy strikes.

"If an officer is having breakfast at a coney island and they are off-duty, and unfortunately something bad happens, now they have the ability to get into any door, any moment, at any time.

Webber says the key fob is small enough to fit on first responders' keychain - and that’s what they’re asking them to do.

"Now let’s say you lose one of these, you let the station know that you did, and our team can turn it off in a second," Webber added.

Each swipe of the fob is tracked too – so if it’s ever used inappropriately the schools will know about it.

Hilden – says his officers are trained to go to the threat and stop it, unlike we have seen in other school shootings around the country.

He says these fobs – let them exercise their training, faster.

"That idea of just a second, could be the difference between harm happening to somebody and not ," Webber said. 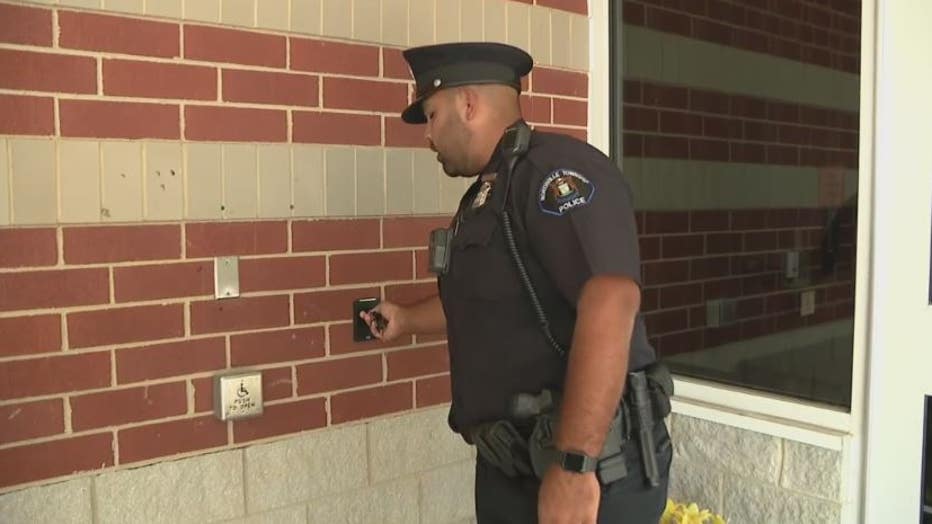 Northville first responders will have key fobs to enter schools in case of emergency.