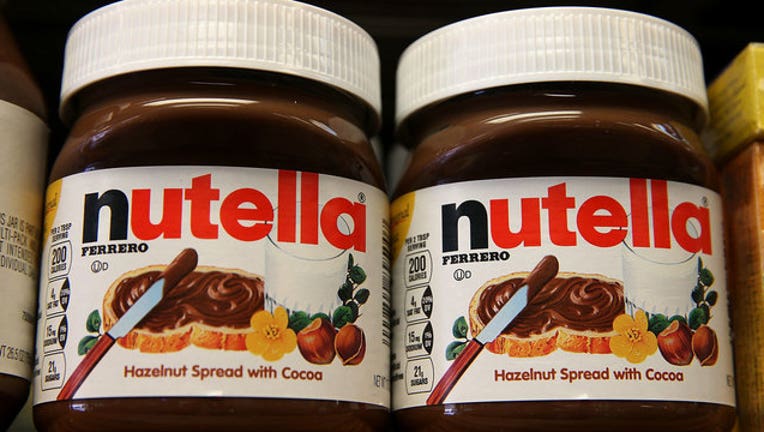 Jars of Nutella are displayed on a shelf at a market on August 18, 2014 in San Francisco, California. (Photo by Justin Sullivan/Getty Images)

PARIS (AP) - Brawls have broken out in French supermarkets as shoppers scramble to get their hands on discounted jars of chocolate and hazelnut spread.

Chaotic scenes were filmed in several supermarkets across the country operated by the Intermarche chain, which offered massive discounts on jars of Nutella.

In one video posted on Twitter, customers are seen shoving each other and shouting as they try to get as many jars as possible. According to Le Parisien newspaper, shoppers started to fight in the northern town of Ostricourt, prompting police to step in.

Intermarche did not immediately answer a message from The Associated Press seeking comments. Ferrero, the company that produces Nutella, decried the incidents and distanced itself from the supermarket chain.

"We want to clarify that the decision for the special offer was taken unilaterally by Intermarche," the company said in a statement. "We regret the consequences of this operation, which created confusion and disappointment in the consumers' minds."

The discount was meant to last until Saturday but stocks ran out very quickly at many supermarkets. Sales went smoothly in some places, however, with no incidents reported in several supermarkets taking part in the promotion.