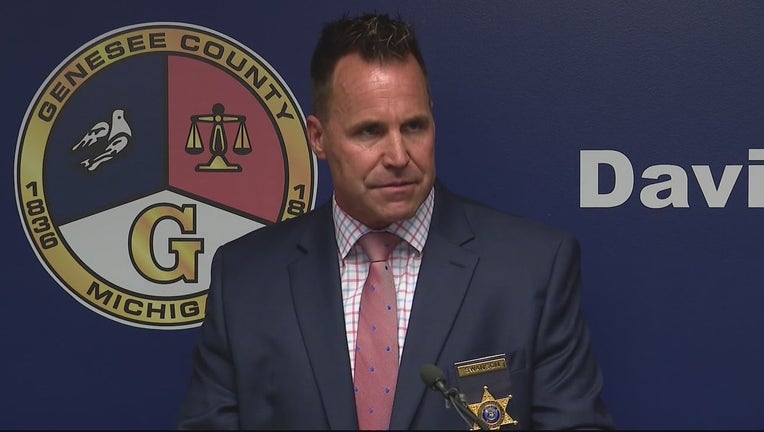 FLINT, Mich. - An officer and a few inmates at a Flint-area jail became sick when a pot of water was spiked by other inmates, the sheriff said Wednesday.

The substance was described only as a "non-narcotic." The incident at the Genesee County jail occurred last weekend.

"There’s a pot there and we use it for hot water and we use it so inmates can heat up noodles. ... This deputy used that hot water," Genesee County Sheriff Chris Swanson said.

"If it wasn’t for the strength of that deputy to report it and say, ‘I need help, something’s not right,’ then who knows what would have happened on the floor," Swanson said.

The jail officer and a few inmates have recovered, the sheriff said.

After looking at video, investigators believe they know who spiked the water. A report will be given to prosecutors.