FOX 2 - "We are alerting consumers to please don't give into this," said Alma Galvan.

At first glance, it looks real. A supposed face mask exemption has a Department of Justice seal, a warning from the ADA and the promise of a fine for denying access to the non-mask wearer. The problem is, it's fake.

Beware of exemption from facemasks card being sold by scammers

At first glance it looks real. A supposed face mask exemption has a Department of Justice seal

"We are alerting consumers to please don't give into this," said Alma Galvan. "Don't buy them online, you're exposing yourself to be a victim of identity theft."

Galvan, with the Better Business Bureau, says the cards have been advertised online for about $50 and by buying the laminated document, she says you may be losing much more than cash.

"Keep in mind that when you're ordering this, what the scam artists are after, is your personal information, along with banking information," Galvan said.

On closer inspection, the card has misspellings such as an extra 's' in 'poses' - it also uses the wrong names for the Americans with Disabilities Act.

And even though some may think the "Freedom to Breathe Agency" sounds like a legitimate organization - the DOJ says no way.

"Department of Justice is not behind this," Galvan said.

And while there are people who have legitimate medical exemptions to not wear masks, Dr. Pritti Goleccha says: "If there is a newborn baby, babies which are less than 2 years of age, should not be wearing masks."

Goleccha, from Golden Valley Health Clinic said for the majority of us, face coverings are our first line of defense against COVID-19, coupled with social distancing and consistent hand washing. 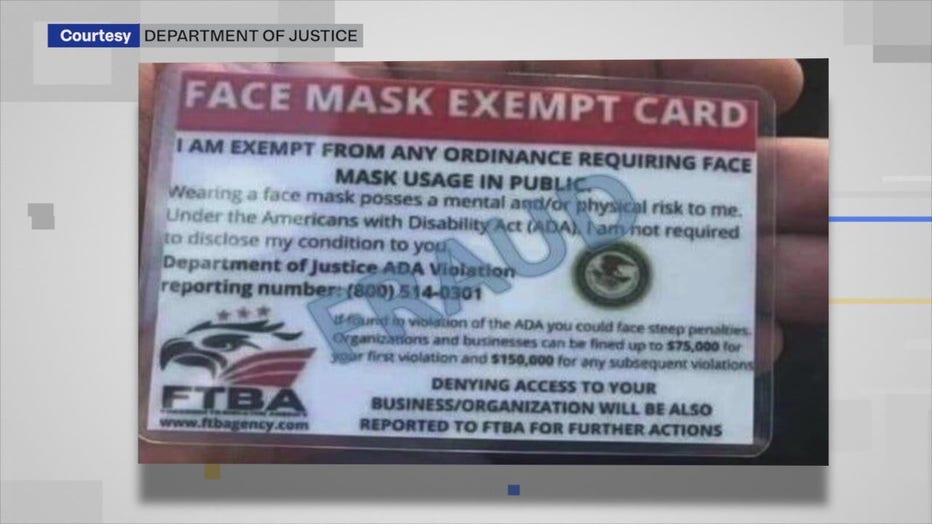 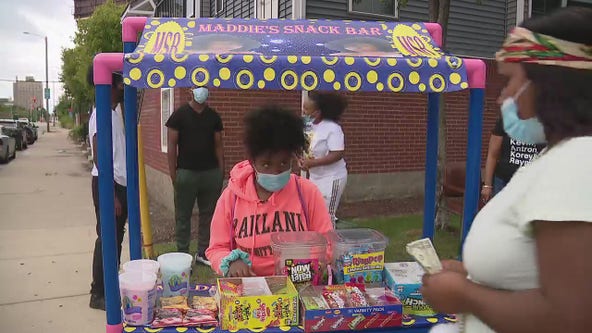