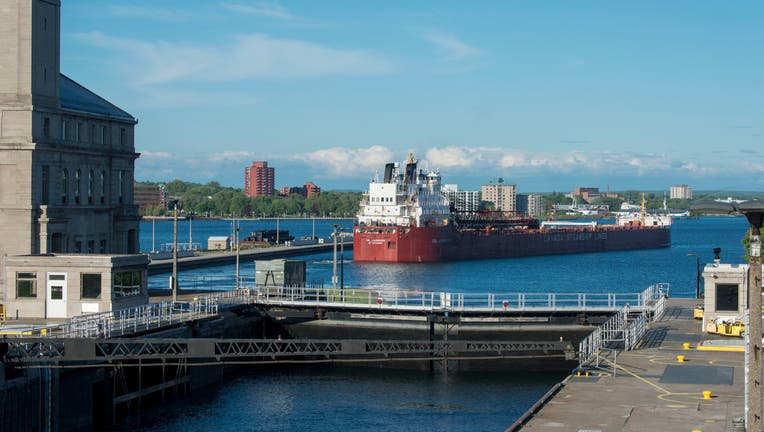 The 75-mile (121-kilometer) river connects Lake Superior and Lake Huron and serves as part of the border between Michigan and Ontario.

The Coast Guard asked for all traffic to stay away from the affected area.

"We’re working in lock-step with our Canadian, American, and tribal partners to ensure the sanctity of our river," Capt. Anthony Jones, commander of Coast Guard Sector Sault Sainte Marie, Michigan, said in a statement.

Coast Guard pollution responders are monitoring the situation and will coordinate the containment with environmental cleanup organizations, MLive.com reported.

Algoma spokeswoman Brenda Stenta said in a statement that "the source of the spill has been safely contained."

"The Ministry of Environment, Conservation and Parks, the Spills Action Centre, the Canadian Coast Guard, and the City of Sault Ste. Marie (Ontario) have been notified. We are currently coordinating with officials, deploying equipment, resources, and personnel to mitigate any possible impact to the environment," Stenta said.

Anyone with information or reports of oil sheens or oiled wildlife can contact the Coast Guard by calling (906) 635-3233.