According to MSP, the crash happened around 9:30 Friday morning in the eastbound lanes of M14 near Sheldon.

One killed in semi crash on M14

MSP said one person died when a semi-truck hit stalled or backed up traffic on M-14 on Friday.

MSP said the truck crashed into the three cars that were either stopped or slowing down in backed up traffic.
One person died in the crash after one of the vehicles caught fire.

Eastbound M14 is closed between Haggerty and Sheldon Roads and traffic is being diverted at Beck Road.

Drivers are asked to avoid the area. MSP said the highway will be closed at least through the evening. 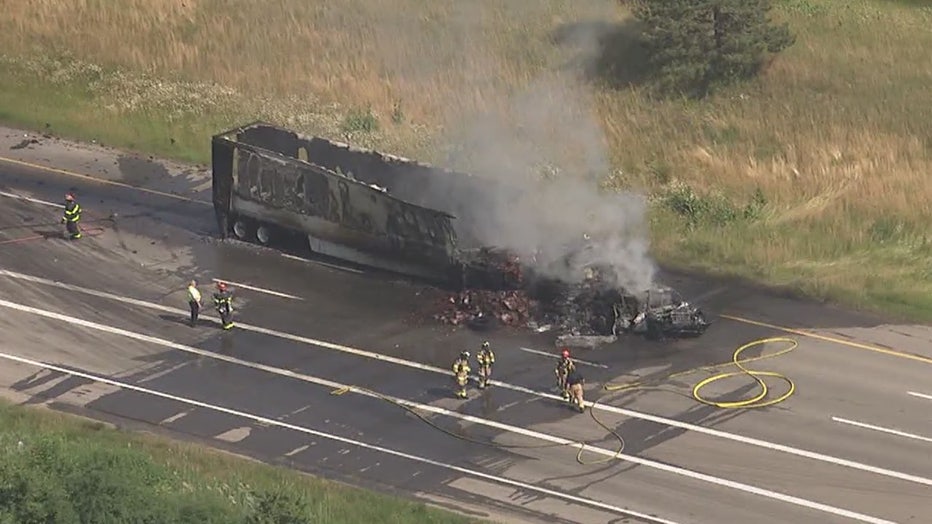