Roseville, Mich (WJBK) - People who live in the area of Groesbeck and Martin say when those two cars collided it sounded like a bomb went off, and with all the wreckage it looks like it.

“You heard screeching tires then a collision, it was like oh man what is that,” Joe Hill said.

Joe Hill was spending his Saturday afternoon watching TV around 12:30 he heard a loud crash outside of his window that overlooks Groesbeck near Martin Street.

“You could hear how tragic the accident was, Hill said.

When he looked out he saw chaos - a champagne colored Pacifica up against a telephone pole. Across the intersection a silver Grand Prix, both with devastating damage.

“I've been here about two years and that like the third accident I've seen from that corner,” he said.

Roseville Police tell FOX 2 - both drivers were heading West on Martin…the Grand Prix slowed as they approached Groesbeck…that's when the driver of the Pacifica lost control smashing in to the back of the car.

“I could see that the driver of the Pacifica was in great need of medical attention,” Hill said.

That driver, a 36-yearold woman believed to be from Roseville died. Her 66-year old passenger is in critical condition.

There was a 6 to 8-yearold boy in the backseat, he walked away uninjured, it's unclear if they're all related.

“I seen them take the child out of the car he was traumatized he was a little boy, he was shaking,” Hill said.

The other driver went to the hospital, but it expected to be ok.

Traffic swelled in the area for several hours as the accident reconstruction crew works to find out exactly why the driver of the Pacifica lost control.

At this point, police can't say if distracted driving, alcohol or drugs were involved. 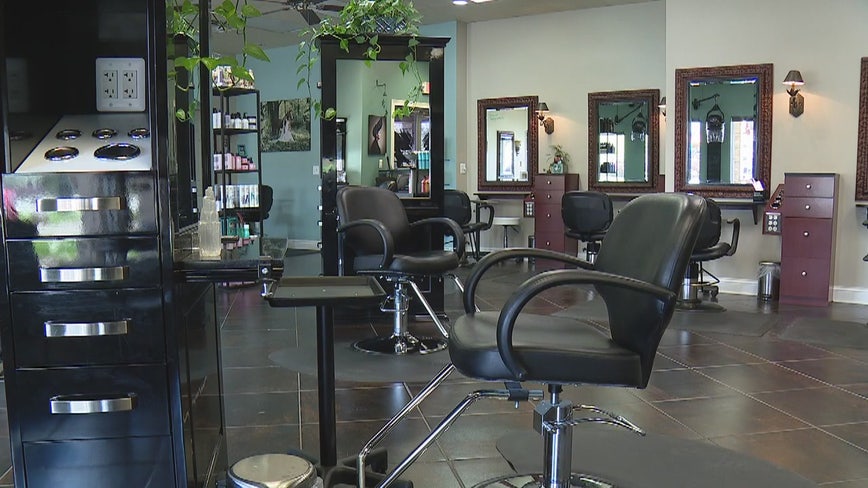