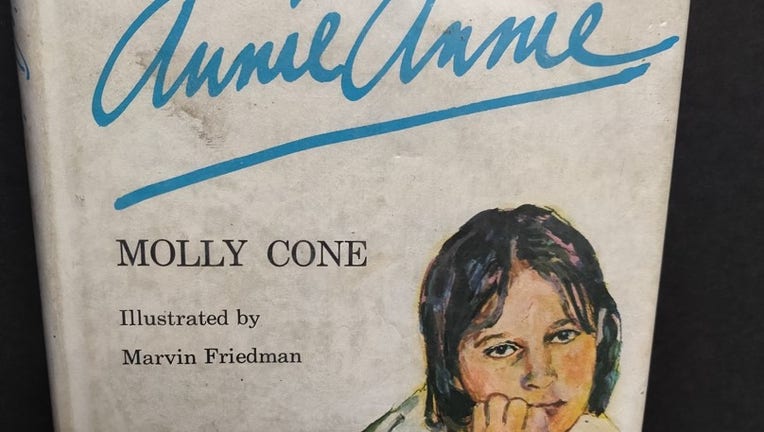 OWASSO, Okla. - A library in Oklahoma has finally received a book it says was long overdue by nearly five decades, but librarians are unable to find out who is responsible.

"Thank you to whoever returned this copy of Annie Annie to us!," Owasso Library posted on its Facebook page Thursday. "Only 46 years overdue!"

According to librarians, the book "Annie Annie" was checked out from Central Library on Sept. 8, 1976.

The library said there’s no way to find out who checked out the book because current technology wasn’t available.

RELATED: Decades-overdue library books returned with a note: 'I am embarrassed'

"For those of you who are worried about late fines...this book was checked out before computer systems, so there was no way for us to tell who had it checked out," the library added. "Plus the library no longer charges overdue fines so no worries either way."

The library added when they did charge overdue fines, it was capped at $2.

Americans went to a library more than movie theaters, concerts

A recent Gallup Poll found that Americans - especially women, people in low-income households and young adults - visited a library more often than going to the movies or attending a concert.

According to an Amazon listing, the book is about how Annie "mistakes her parents' habit of allowing her to make her own decisions for lack of affection and takes a live-in job in a house with rules for everything."

According to FOX 5 New York, several books and an anonymous handwritten note were dropped off at the New York Public Library in Midtown recently.

"'I am 75 years old now and these books have helped me through motherhood and my teaching career,'" New York Public Library President Tony Marx said, reading the letter. "'Enclosed are books I have borrowed and kept in my house for 28 to 50 years.'"

The author of that anonymous note also wrote, "I am grateful and also extremely embarrassed for being selfish for not sharing these books & returning them back to the NYPL!!!"