CANTON, Mich. (FOX 2) - "I don't think we're ready to go back to school or have a lot of events either," said Kimberly Christiansen.

But for now, a parent-sponsored event for graduating seniors of Canton, Plymouth and Salem High Schools is scheduled to take place Wednesday from 4 p.m. to 9 p.m. at three separate locations at the Plymouth-Canton Educational Park Campus.

An anonymous call from a person described as a parent was made Tuesday to the FOX 2 Problem Solvers voiced concerns about the event.

"No, it doesn't sound safe to me," said Christiansen, whose daughter will be a senior at Salem High School.

An anonymous call from a person described as a parent was made Tuesday to the FOX 2 Problem Solvers voicing concerns about the event. The tipster called it irresponsible after the high schools conducted "drive-thru" graduation ceremonies to allow for proper social distancing as a response to concerns over COVID 19.

But the school district has made it clear that the event is not school-sponsored. It is being coordinated by a parent organization renting the space from the district, now that Gov. Gretchen Whitmer is allowing outdoor gatherings of 100 or less at any one location.

The organizing group posted this message hoping to get parents to volunteer at Wednesday's event. Temperature checks at the site are planned, as well as food and games.

As some question, the need for the party, the school district stands behind its decision.

In a statement to Fox 2 the District wrote in part:

"We can assure our community that the parent sponsors for this event have made the health and safety of the graduates who choose to attend this parent-sponsored event a priority, and the parent sponsors have worked with district administration to ensure all required guidelines are followed."

FOX 2 reached out to one of the parent volunteers for the event but was told no comment. 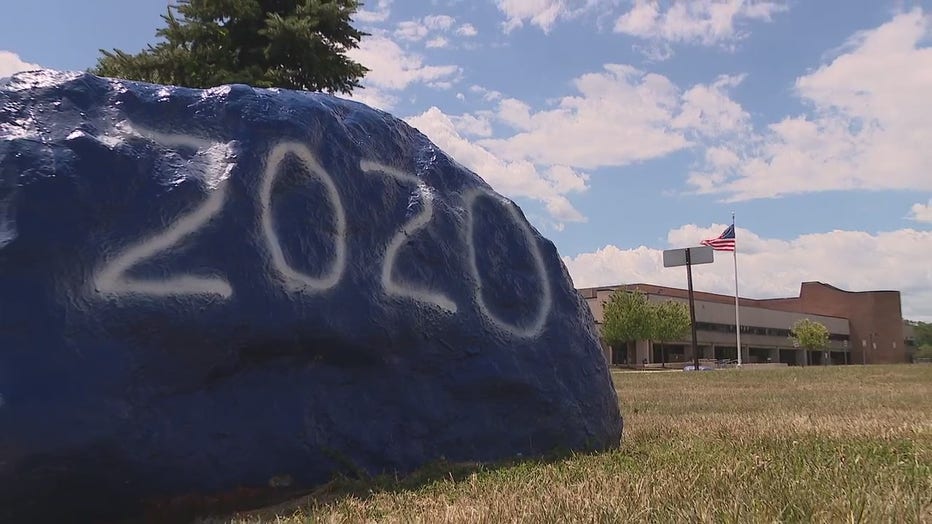