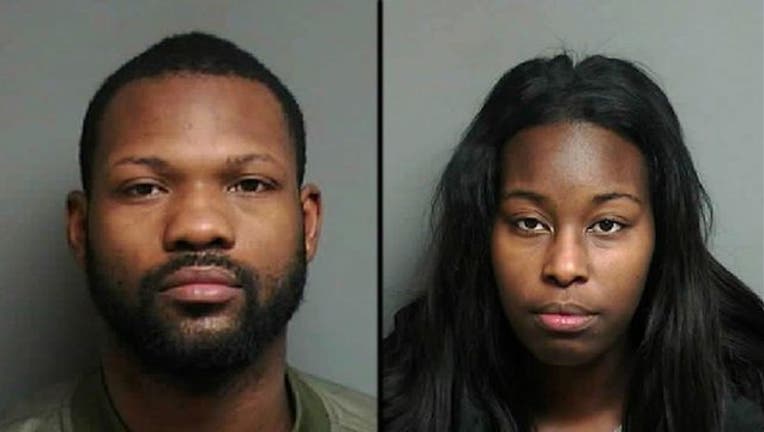 Antonio Floyd, 28, and Shantanice Barksdale, 27, were charged in the Christmas Day overdose of their 18-month-old daughter (Macomb County Sheriff's Office)

Mount Clemens, Mich (FOX 2) - The parents of an 18-month-old girl were charged on second degree murder charges after the girl overdosed on fentanyl on Christmas Day.

Prosecutor Eric Smith authorized the charges stemming from the Christmas morning incident. Antonio Floyd, 28, and Shantanice Barksdale, 27, were charged with the death of 18-month-old Ava Floyd.

On Christmas Day, prosecutors say they took Ave and their other children to their grandmother's home in Warren. There, Ave was discovered to not be breathing.

The toddler was taken to St. John Macomb Hospital where she was pronounced dead around 3:30 that afternoon. No signs of trauma or abuse were observed by the hospital staff.

Warren police were notified by the medical examiner that the baby had an extraordinary level of the narcotic Fentanyl in her system at the time of her death.

Search warrants were executed on January 10, 2019 at the grandmother’s home in Warren as well as the parents’ home in Clinton Township. Police found evidence of manufacturing and distributing narcotics inside the parents’ home.

Investigators say there is evidence that shows Floyd and Barksdale were involved in drug trafficking and were using the Clinton Township home to process and package Fentanyl for distribution.

"The nation is experiencing an opioid epidemic," said Smith. "However, to see an infant experience such a tragic death on Christmas morning as a result of ingesting a large quantity of her parents' Fentanyl is truly gut-wrenching." Smith continued, "This type of criminal behavior will be met with the full weight of this Prosecutors office."