Monika Rose-Johnson, left, died after falling into a pool. Her parents, James and Amber Johnson are now facing charges.

DEARBORN, Mich. (WJBK) - The parents of a toddler who died after falling into a pool last week are now facing charges.

Second degree murder, involuntary manslaughter and child abuse are the charges for the parents of 2-year-old Monika Rose-Johnson. On Friday they faced a judge in 19th District Court.

James and Amber Johnson were arrested inside their Dearborn home June 3, the morning of the incident.

"I want to know why we’re being charged," Amber said in court.

Monika and her brother managing to climb this fence, getting into their neighbor's yard. Monika climbed the pool ladder and fell into the water.

The neighbor tried to revive her but Monika died in the hospital.

"Obviously in this case the children were not protected," said Dearborn Police Chief Ronald Haddad. "Someone's got to be held accountable."

In court family members watching, crying as the couple stood in handcuffs. Jason revealed he's unemployed and Amber is a dancer.

While police would not comment on any drug or alcohol involvement that morning, neighbors say that sadly, they're not exactly surprised.

"That's not a good environment for kids," said Reppenhagen. "Child Protective Services have been over there a couple of times."

"They've had a history of calls to that location," Haddad said.

While Dearborn police would not go into detail on how many times they were called to the Johnson home, neighbor's say their children were seen wandering around the neighborhood unsupervised. and prosecutors say that's not all.

Just a week before Monika's drowning, prosecutors say the two had been charged with misdemeanors for contributing to the delinquency of a minor.

The two were ordered to have no contact with their four other children  and given $1 million bonds. Both Amber and James Johnson became emotional in court.

Many now are just thinking of those children and this little girl.

"When these type of things happen we have to take action to make sure that we represent the needs of the children," Haddad said.

FOX 2: "Do you think the charges are appropriate?"

"Of course, they're getting what they deserve," said Reppenhagen. 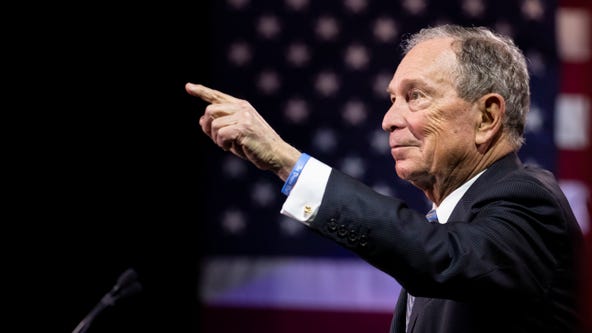