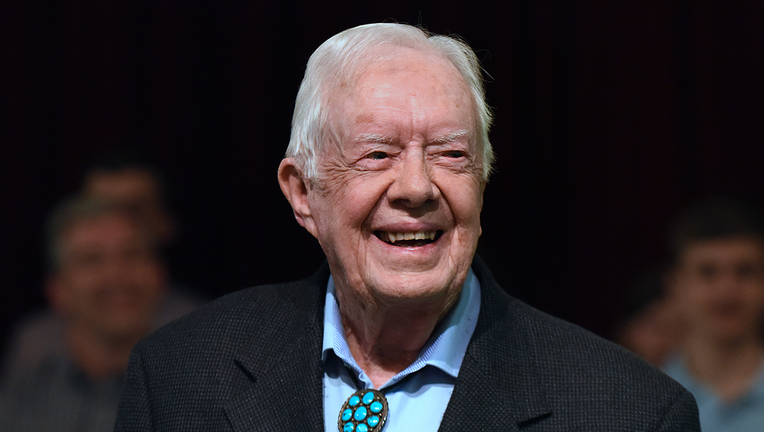 ATLANTA - Jimmy Carter’s pastor says the former president is already “up and walking” just a day after undergoing surgery to relieve pressure on his brain from bleeding linked to recent falls.

The Rev. Tony Lowden of Maranatha Baptist Church visited Carter in an Atlanta hospital Wednesday and told reporters that the 95-year-old was in good spirits. Carter Center spokeswoman Deanna Congileo has said there were no complications during Carter’s Tuesday surgery at Emory University Hospital for a subdural hematoma, blood trapped on the brain’s surface.

She said he would remain hospitalized under observation. It’s unclear when he’ll be released.

The center said the bleeding was connected to Carter’s recent falls. A Spring fall required Carter to get hip replacement surgery. He fell twice in October, hitting his head at least once.