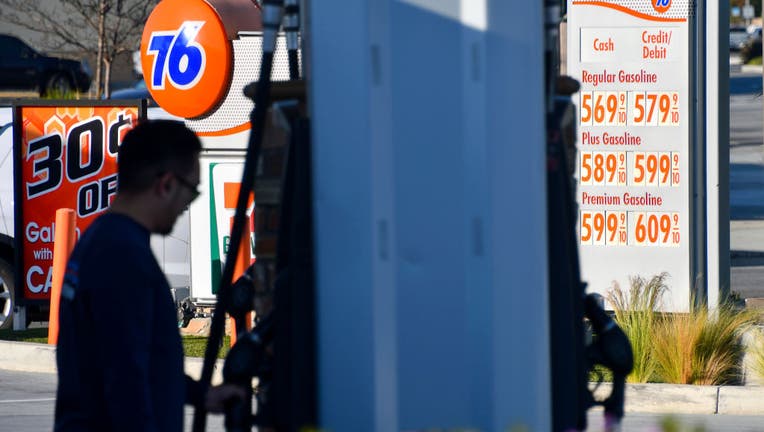 WASHINGTON - An overwhelming and growing majority of Americans say the U.S. is heading in the wrong direction, including nearly 8 in 10 Democrats, according to a new poll that finds deep pessimism about the economy plaguing President Joe Biden.

Eighty-five percent of U.S. adults say the country is on the wrong track, and 79% describe the economy as poor, according to a new survey from The Associated Press-NORC Center for Public Affairs Research. The findings suggest Biden faces fundamental challenges as he tries to motivate voters to cast ballots for Democrats in November’s midterm elections.

Inflation has consistently eclipsed the healthy 3.6% unemployment rate as a focal point for Americans, who are dealing with high gasoline and food prices. Even among Democrats, 67% call economic conditions poor.

"He’s doing the best he can — I can’t say he’s doing a good job," said Chuck McClain, 74. "But his opposition is so bad. I just don’t feel the Democratic Congress is doing enough."

The Las Vegas resident is a loyal Democrat who said he doesn't miss an election, but he said the price of gas and groceries, Russia's war in Ukraine and the country's deep political divides have led more Americans to feel as though Washington is unresponsive to their needs.

"My wife and I are very frustrated with where the country is headed, and we don’t have a lot of hope for the political end of it to get any better," he said.

The poll shows only 39% of Americans approve of Biden’s leadership overall, while 60% disapprove. His approval rating fell to its lowest point of his presidency last month and remains at that level. The Democratic president gets hit even harder on the economy, with 69% saying they disapprove of him on the issue. Among Democrats, 43% disapprove of Biden's handling of the economy.

Dorothy Vaudo, 66, said she voted for Biden in 2020 but plans to switch allegiance this year.

"I’m a Democrat so I had to vote Democrat, but that’s going to change," said the Martin County, North Carolina resident.

In recent weeks, Americans have endured even more bad economic news, with inflation continuing to rise, interest rates increasing dramatically and the S&P 500 entering a bear market as many serious economists predict a recession. Yet consumer spending has largely kept pace and hiring remains brisk in a sign that families and businesses have been able to withstand some of the economic pain.

In an interview this month with the AP, Biden traced the decline in his popularity to increases in gas prices that began a year ago. He said that prices shot up further with Russia's invasion of Ukraine in February. But he rejected claims by Republican lawmakers and some major economists that his $1.9 trillion coronavirus relief package from last year contributed to inflation, noting that price increases were a global phenomenon.

"We’re in a stronger position than any nation in the world to overcome this inflation," Biden said. "If it’s my fault, why is it the case in every other major industrial country in the world that inflation is higher?"

Douglass Gavilan, a 26-year-old in Miami, is concerned about the "skyrocketing" prices and rent that he sees in his community. Shelter costs are roughly a third of the U.S. consumer price index, so the run-up in rents and home values has started to strain the budgets even of many people living where there are strong job opportunities.

"I don’t even know if I’m going to be able to live here in a few years," Gavilan said. "I definitely don’t feel confident in the economy."

Though he doesn’t identify with a political party, Gavilan voted for Biden in 2020. He doesn't think Biden has proposed anything to make a meaningful difference in his life, but he does think the president’s in a tough spot.

"There’s very little he can do without everyone blaming him for everything," Gavilan said.

The poll was conducted from Thursday to Monday, with many interviews conducted after the Supreme Court on Friday struck down Roe v. Wade and allowed states to ban abortion — a decision opposed by a majority of the American people in earlier polls, which could also have contributed to the continued slump in the national mood.

Curtis Musser, 57, a chemistry teacher from Clermont, Florida, said he expects a recession is coming, though he believes it will be mild.

Musser said many Americans simply feel as though they're at the mercy of events beyond their control, whether that's the pandemic, rate hikes by the Federal Reserve, war in Europe or political hostilities within the U.S.

The poll of 1,053 adults was conducted June 23-27 using a sample drawn from NORC’s probability-based AmeriSpeak Panel, which is designed to be representative of the U.S. population. The margin of sampling error for all respondents is plus or minus 4 percentage points.