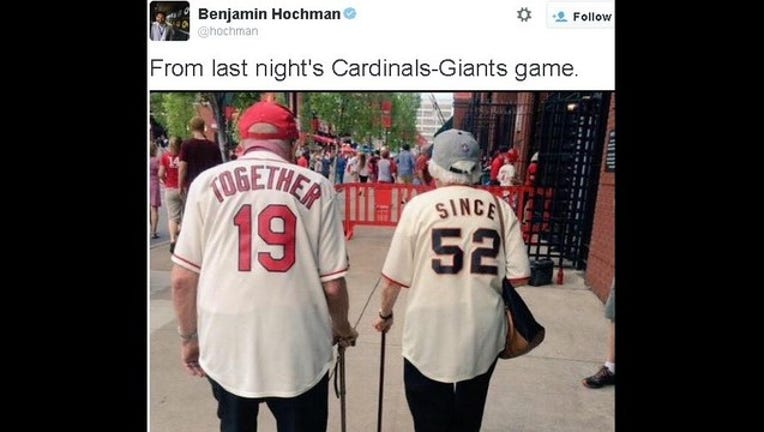 (WJBK) - A snapshot of an elderly couple's attire at a baseball game is going viral.

The photo shows Carol and Warren Reckmeye, walking to the Cardinals vs. Giants game at Busch Stadium on Monday.

They were wearing opposing team jerseys, but when walking side-by-side they read together, 'Together Since 1952'.

The photo was posted online by Twitter used Benjamin Hochman. He writes on Twitter that his friend Pete Hubert took the photo. It has been shared thousands of times.