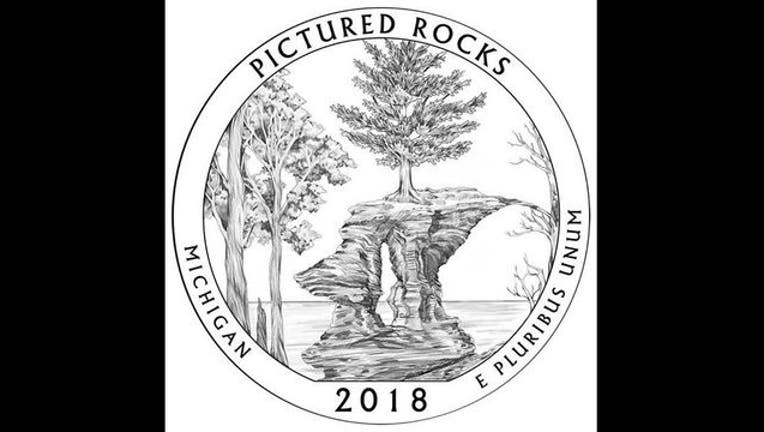 (WJBK) - Next year, Pictured Rocks will become the first Michigan landmark to be featured on the quarter.

The U.S. Mint selected the landmark to be part of the America the Beautiful Quarters Program. Since the program launched in 2010, this is the first time one of the Mitten's parks or sites was selected.

Five landmarks are chosen each year, so 35 other national sites have been featured on quarters prior to the Pictured Rocks quarter's release. They will select 56 landmarks in total - the program ends in 2021.

Although the U.S. Mint hasn't announced when the quarter will be released, Pictures Rocks says on its Facebook page you can expect to start seeing the coin in February 2018.

The design, which depicts Chapel Rock, was unveiled Tuesday at the American Numismatic Association’s World’s Fair of Money Trade Show in Denver.

Other sites selected for 2018 include: