DETROIT - What might two twenty-somethings from Plymouth have to offer the fashion scene in Detroit?

One who played hockey at Yale and the other mingling with brands in Los Angeles after graduating from Wayne State have returned to the motor city to solve that riddle.

"Amazing and beautiful couture and tailored garments can be made in Detroit," said Cassidy Tucker, 25. "We have the talent that exists here and the infrastructure that exists here to have a successful fashion brand."

Along with Kelsey, 23, the two have co-founded a fashion label called Deviate. But success in the eyes of the Tuckers doesn't just include developing their own brand - but allowing others to prosper as well.

"We launched our fashion design talent incubator which we're really excited about because we work with both women and minority fashion designers to give them the skills and resources and knowledge they need to succeed in the fashion industry," said Kelsey.

"We just decided we should team up and really put Detroit on the fashion map," said Cassidy.

As Deviate offers them sustainability in the market, some of which you can find at Détroit is the New Black on Woodward Avenue downtown, it's helping others on their journey that is their top priority.

"Cass and I coached hockey growing up and we played hockey so we always had this team mentality of building other people up as we build ourselves up so I think it was only natural for us to go out and try and teach the youth and develop the brands here because it is something we're so passionate about," said Kelsey. 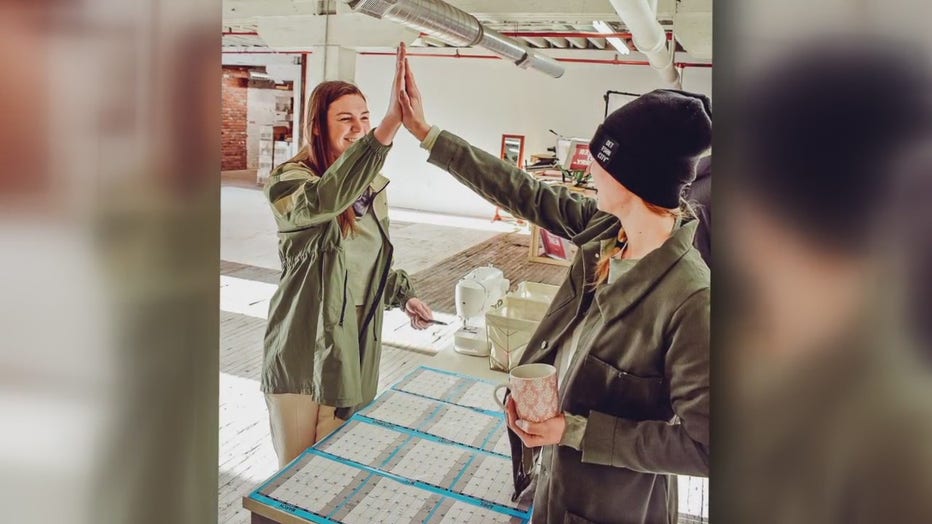 Now, that passion is driving them to focus even more on social impact.

The two are starting a program with the Boys and Girls club, assisting 14-18-year-olds preparing for a career in fashion.

"We're going to be teaching them pattern making, pattern grading, creating a mood board, and then actually drawing from that inspiration to create a fun t-shirt or a fun garment," said Cassidy, "and they're going to be learning those skills on an industrial sewing machine which is the exact knowledge you need to go out and immediately get a job in the production industry."