PLYMOUTH, Mich. (FOX 2) - A toy store in downtown Plymouth is finding a new customer base after the owners made the decision to require customers to wear masks at all times while shopping.

"We're just trying to follow the rules," owner Elle Dare said. "We don't want to spread the virus, we want to help stop it."

A toy store in downtown Plymouth is finding a new customer base after the owners made the decision to require customers to wear masks at all times while shopping.

Genuine Toy Company on Forest Street has been in business for nearly 11 years. Dare says of course the stay-home order hit them hard, like so many small businesses.

"We were able to open for phone sales and curbside pick-up," she says.

Dare posted photos of items and prices on the company's Facebook page while trying her best to abide by CDC guidelines and the governor's mandate. Then she ultimately decided to require customers to wear masks at all times with alternative shopping options for those who cannot or will not wear masks.

"We still offer phone sales and curbside pick-up. We've even held up things to the window for people to look in, say, 'Do you want this one? You want this one?' So we're really trying to accommodate everybody," she says. 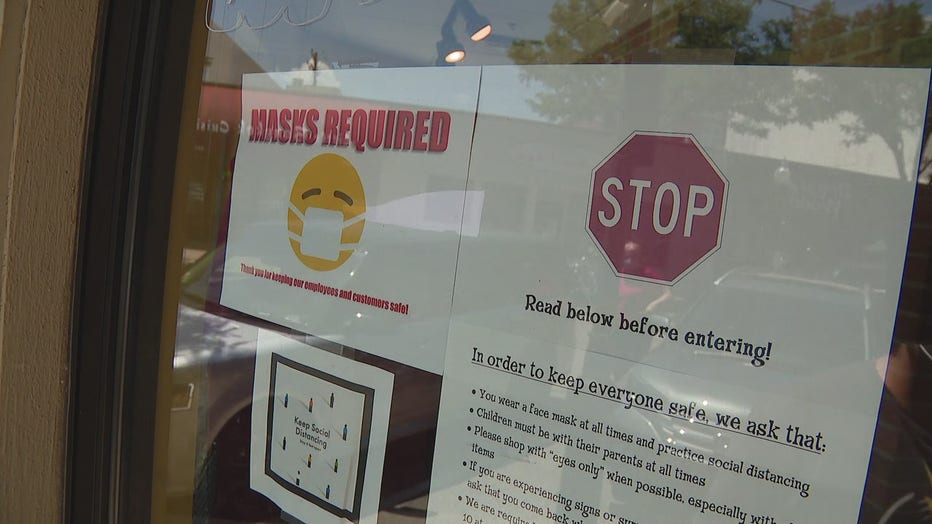 But Dare says a couple of weeks ago she started getting bombarded with negative comments. Her business even got put on a list of places to boycott because they require face coverings.

"We started getting messages on our Facebook page that just got really out of control. The messages were coming in all night long, all day long saying that we're going to sue you, all kinds of crazy stuff. It's a toy store. You don't want to go to a toy store Facebook page and see a bunch of ugly stuff."

Dare says the harassment online lasted about four or five days. She had to constantly delete posts and ban users from her page. But then, Dare says something changed.

Messages of support from across the country flooded the company's Facebook page. Regular customers stopped by to show their support and even new customers popped in to buy a toy and to say they agree with Dare's decision.

"It had the reverse effect than they were looking for," she says. "People are saying I'm going to use the list to support these businesses because I know I can shop safely."

So what does Elle say to those internet trolls?