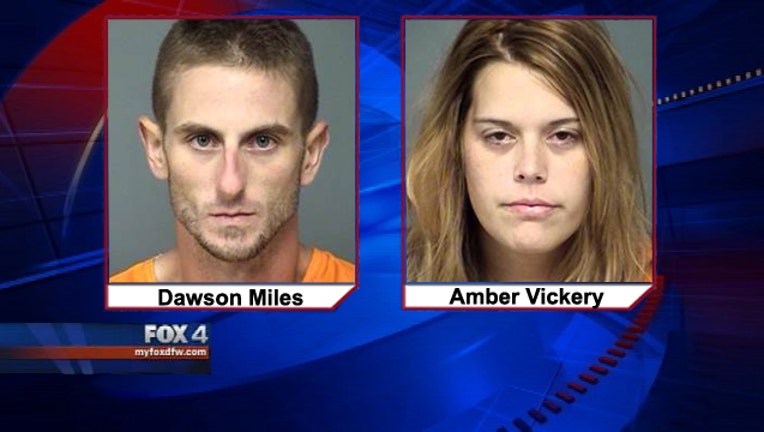 MESQUITE, Texas - Two people who robbed a Pizza Hut in Mesquite using only a propane tank and a lighter are now behind bars.

He was carrying a blue propane tank and threatened to blow it up unless employees handed over money.

The employees complied. But afterward they called 911 and gave officers a good description of the suspect and his vehicle.

Both are now facing charges for aggravated robbery. Miles was also charged with possession of a controlled substance.