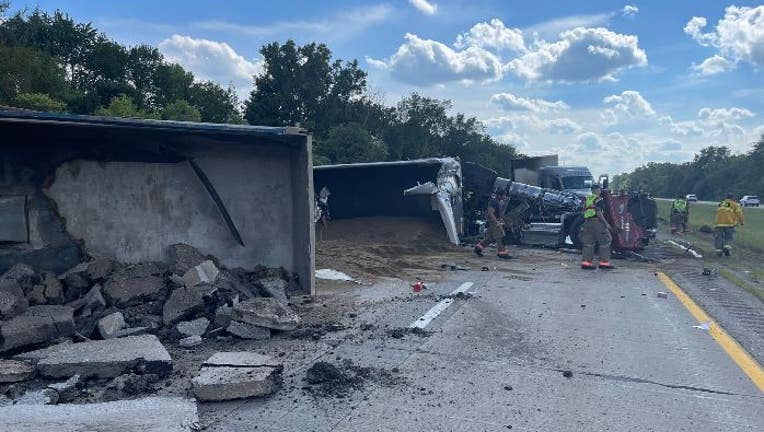 WASHTENAW COUNTY, Mich. (FOX 2) - Michigan State Police said a semi-truck driver was driving too fast when he hit construction traffic and caused a crash that killed him Monday on M-14 in Ann Arbor Township.

According to the preliminary investigation, Matthew Budnik, 50, of Ypsilanti, was driving a truck hauling sand. He crashed when vehicles were slowing for standstill traffic due to construction near Miller Road at 3:25 p.m.

Police said Budnik was not wearing a seatbelt and was ejected from his truck. Three other semi-trucks were involved in the crash that closed the freeway until 11:45 p.m. 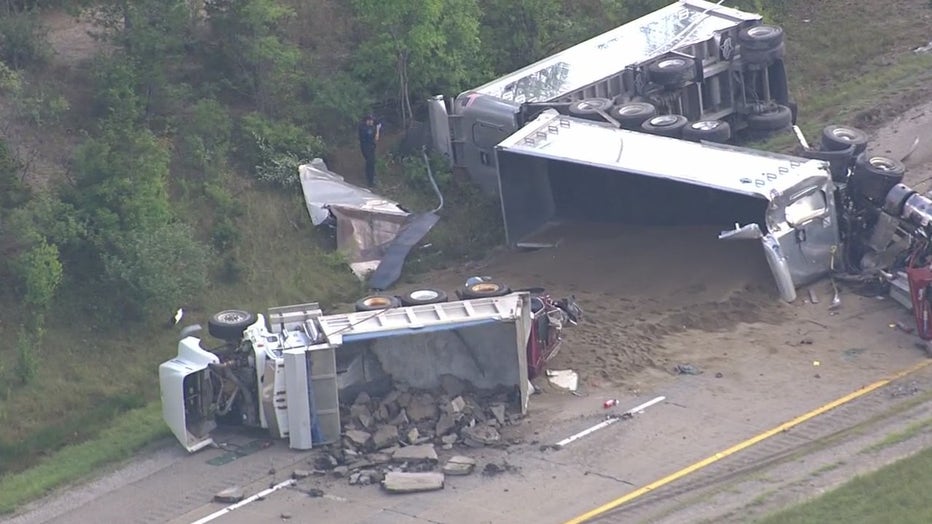