"This is a moment to be still and quiet pay respect to our ancestors," said the podium speaker.

Power to the People mural revealed for Juneteenth in Detroit

There was a special unveiling on Woodward downtown for Juneteenth today as the mural was officially revealed.

June 19th marks the official end of slavery. This day in 1865 slaves in Galveston, Texas found out they were free. President Abraham Lincoln had signed the Emancipation Proclamation in 1863.

"Imagine that, two and a half years later and that's what we celebrate," said Charity Dean, director of Civil Rights, inclusion and opportunity for the city of Detroit.

A giant street mural that says "Power to the People" now stretches along Woodward. Several young Detroiters worked on it with the renowned artist Hubert Massey.

"The American Civil Rights movement took a gap year and now it is back with a vengeance being led by who else, the young people," said Rochelle Riley, director of arts and culture, city of Detroit. 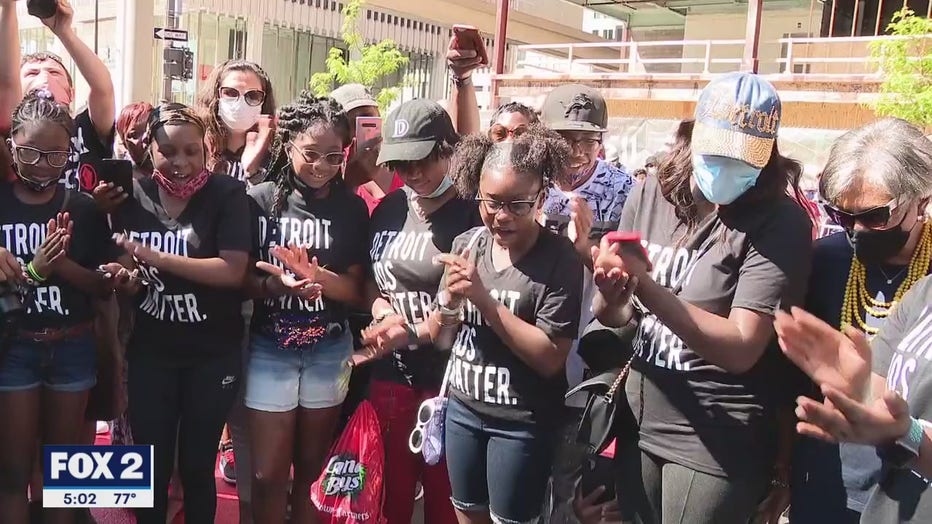 "In a day and a half it's a remarkable image seen around the world," said Detroit Mayor Mike Duggan. "It is a real sign of hope for the future what this next generation is going to do."

The finishing touches were put on the mural today including a red fist for the O in Power. 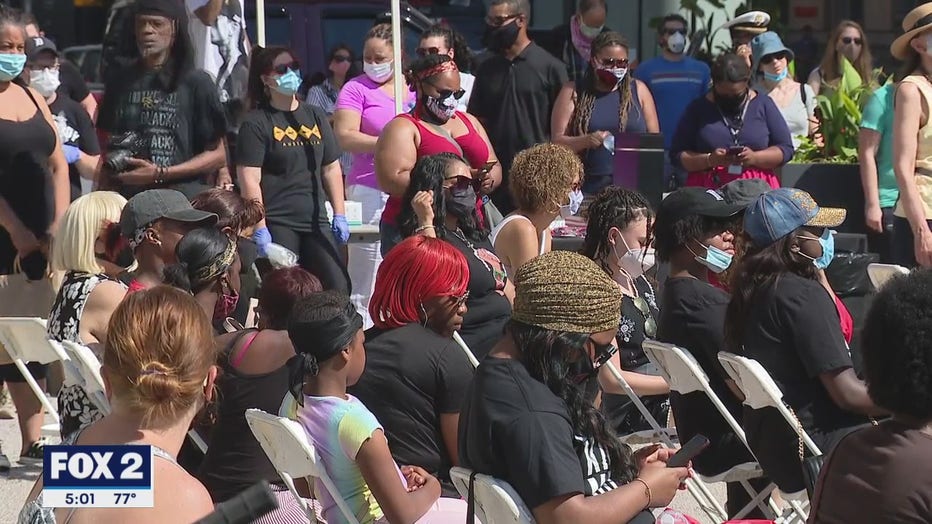