September is Prostate Cancer Awareness Month and this cancer survivor wants you to know there is hope in fighting this disease.

FOX 2 - Hundreds of miles away in California John Low received the devastating diagnosis of prostate cancer.

"The MRI lit it up had a biopsy and then it was confirmed," he said.

Low knew he had to fight this battle to win.

"I spent about a year and a half researching how to deal with my cancer and it was very troubling at times," Low said.

Low wanted more expertise than the hospitals near him.

"Then suddenly after calling over 10 facilities and hospitals, we called Henry Ford and within 10 seconds I knew where I was going to," he said.

That technology is known as ViewRay which uses MRI-guided radiation to target and destroy cancer.

"What makes Henry Ford stand out is we were the first ones to use an MR-guided radiation accelerator," said Dr. Parag Parikh.

Earlier this year Low traveled from California to Detroit for eight weeks of treatment.

The technology targets the cancer and works to avoid surrounding non-cancerous tissue.

"We feel confident because we can keep track of things like the bladder, rectum and urethra these are all things when they get radiation they get irritated We can avoid this with this technology," said Parikh, director of MR-Guided Radiation, Henry Ford Health.

September is Prostate Cancer Awareness Month and this cancer survivor says there is hope in fighting this disease.

"In my case had an eight-week plan," Low said. "And I had no side effects none whatsoever.

"Without this technology we would have been a little less precise about how we could see those organs next to the prostate."

ViewRay technology is also used to treat other cancers like liver and breast cancers. And doctors say it’s because of this technology that they are seeing more successful outcomes.

"It’s not something to fear being diagnosed because we will know exactly how much treatment is the right amount," he said.

Now back home in California, Low says he feels great and is looking forward to living out the next chapters of his life. 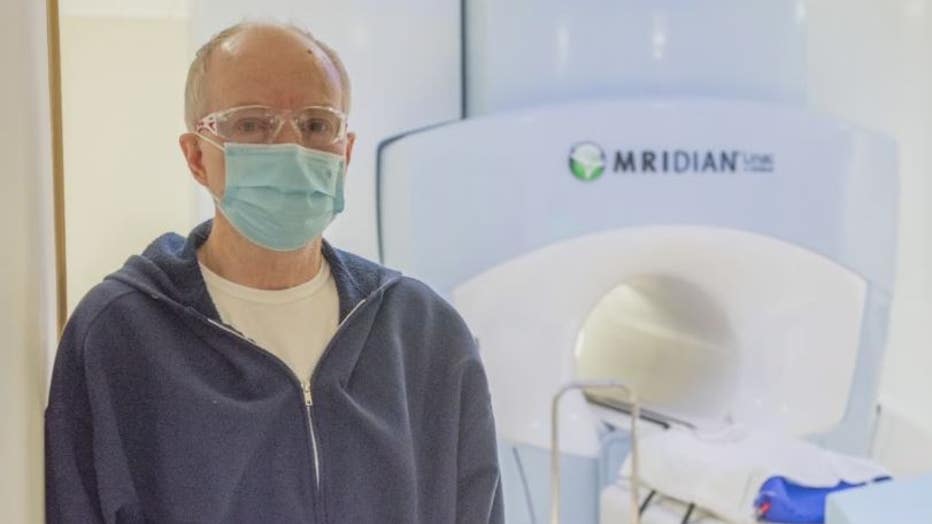