DETROIT (FOX 2) - For two years, two men wanted for the cold-blooded execution of a man have been on the run and may even be in Detroit. But U.S. Marshals haven't given up and neither has the victim's family.

Julius Jenkins, 40, was murdered two years ago in West Virginia. The men wanted for the execution are proudly part of the gang known as the Davison Dirty Dogs, based in Detroit, and they've been on the run ever since.

Two years since Julius Jenkins was shot, execution-style, the two men believed to be responsible for his death are still on the run from police and may even be in Detroit.

"We're not talking about somebody that stole a bag of chips from the store. We're talking about someone that committed a cold-blooded murder," said Deputy Robert Watson. "I think they would kill someone in a heartbeat just to avoid going back to jail."

Katwan Gray and Deven Graham are the suspects in the murder of Jenkins. Both are in their early twenties and grew up in and around Detroit. Marshals say they're proudly part of the Detroit gang 'Davison Dirty Dogs' but travel back and forth from West Virginia to traffic heroin, pills, and cocaine.

"They operate in the area of Highland Park, Hamtramck, and the area of 75 and Davison," Watson said. "There's quite an established pipeline of drug activity between Detroit and West Virginia."

On the night of November 28, 2017, both men were hanging out a dope house in Huntington, West Virginia and confronted Jenkins in a van nearby, Watson said.

"We actually don't know why he was down there or what his involvement necessarily was," Watson said.

Marshals say Gray and Graham shot Jenkins in the head, execution-style inside that van.

"To have a gun be put in your face and that's the last thing you see, that's gotta be terrifying," Watson said.

Jenkins' body was then dumped in a nearby alley and someone picking up rent checks found him the next day. Watson said they don't know why Jenkins was targeted but believe another person was behind it: 45-year-old Heywood Bell.

According to Watson, Bell is an Ohio inmate and is Gray's stepfather but may also be related to Graham.

Bell, also from Detroit, was caught with two others last year by Ohio Highway Patrol. The OHP was trying to pull over Bell but Heywood and his crew took off. OHP said they were caught throwing a bag of heroin out the window and all three men were arrested with 250 grams of heroin, worth about $27,000. Bell's been behind bars ever since.

But Watson says he believes Graham and Gray will do whatever it takes to stay out of prison and they may be back in Detroit.

"If they've already killed once, for no reason, the chances of them committing another murder - absolutely," he said. "With a drug trafficking organization and a gang tie, they have lots of places they can hang their head."

Watson believes they're still together and believes the two have friends and family who are helping them hide. 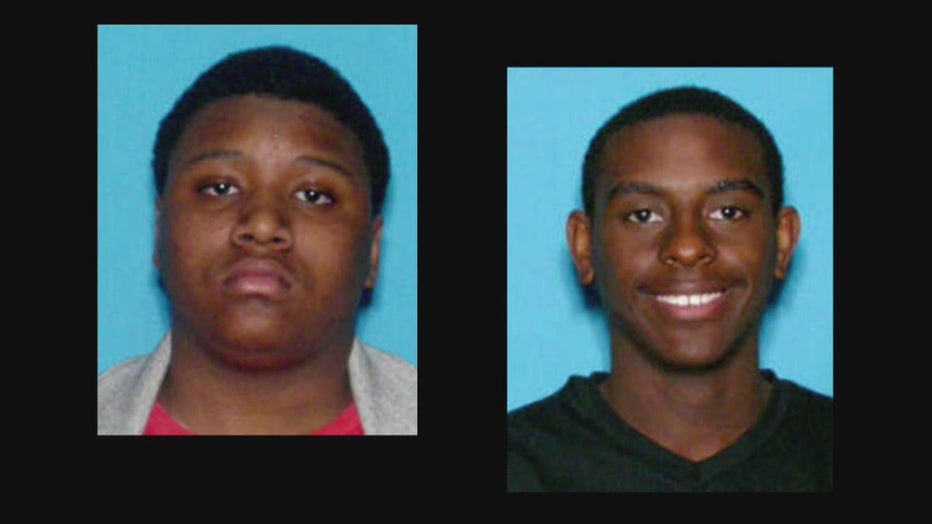 "Not to mention everywhere in between here and Huntington, West Virginia."

A reward is being offered to find them as US Marshals are desperate to get these accused drug traffickers and murderers where they belong.

"It's not snitching. It's being a human being. It's called doing the right thing," Watson said.

Both men are dangerous and the US Marshals believe they will kill again. If you know anything, make that anonymous call: 313-234-5656.