At the time of her birth, Elizabeth's family did not expect she would become the queen of England at just 25 years old.

Prince Charles has been stepping up to the plate as his mother, Queen Elizabeth, delegates more responsibilities to her eldest son and heir.

The Platinum Jubilee marks the British reigning monarch’s 70 years on the throne. And while the 96-year-old has shown no signs of stepping aside, the Prince of Wales has been taking on more royal duties in preparation for what would be the greatest role of his life.

Just last month, the 73-year-old presided over the State Opening of Parliament, one of the monarch’s most important duties. True Royalty TV co-founder Nick Bullen, who has worked closely with Charles for about a decade, told Fox News Digital that the prince isn’t in a hurry to become king.

"[Charles] is the longest-serving Prince of Wales in history," said Bullen. "And this is a job that he’s been preparing for his whole life. But I’ve filmed him, and we’ve got documentaries on True Royalty TV where he says this, that it’s not something that he wishes for because it’s an odd mix to wish for the top job. To be king is to wish for your mother to pass away. No one is going to wish for that." 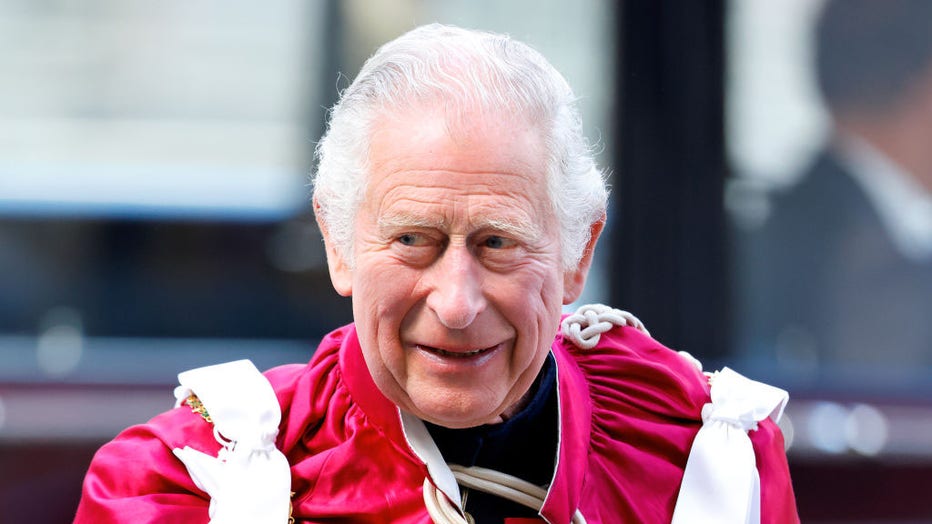 "He has really thrown himself into the job and is ready to be king when the moment comes," Bullen shared. "But it’s not something that he is counting down the days for."

Bullen is an award-winning documentarian who has been making programs about the British royal family for 20 years. In celebration of the Platinum Jubilee, the subscription video-on-demand service is highlighting a new special titled "Her Majesty’s Platinum Jubilee: The Collection," along with six documentaries featuring historic footage and interviews from the queen’s reign.

Bullen noted that Charles has been enjoying carving out his role as future king as he takes on more responsibilities in support of his mother.

"He’s 73 and has been preparing for a lifetime," said Bullen. "To finally take on some of that mantle has been great for Charles. He’s been enjoying it. And he loves doing some of the heavy lifting for his mother. He certainly wants to make it as easy as possible for his mother, as any child would. So there are many feelings surrounding this. But he’s certainly not in a hurry to become king." 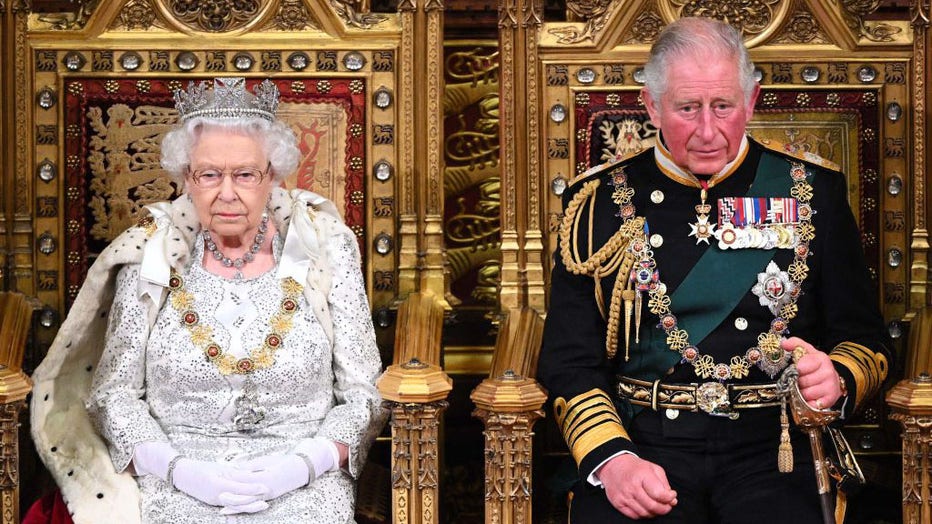 Queen Elizabeth II and Prince Charles, Prince of Wales during the State Opening of Parliament at the Palace of Westminster on October 14, 2019, in London, England. (Photo by Paul Edwards - WPA Pool/Getty Images)

There’s one question that Charles has been pondering, one that has been on the minds of many senior royals: what will the future of the monarchy look like?

"The queen is very much alive, but you can feel this change happening," said Bullen. "There’s an evolution happening. What’s really fascinating is that the queen, who has an unbelievable 70-year reign, has barely put a foot wrong. She is revered across the world as a state woman, as a world leader. The Prince of Wales will step into that role. The big challenge that he will face is ensuring that he can still make the monarchy feel relevant."

"He’ll be potentially older when he does take on the crown," Bullen shared. "The biggest challenge he will face is making this institution relevant to a young audience, in particular."

It took years for many in Britain to forgive Charles, whose admitted infidelity and longtime links to Camilla, 74, torpedoed his relationship with Diana, known as "the People’s Princess" for her ability to connect with the public in a way her husband never could. 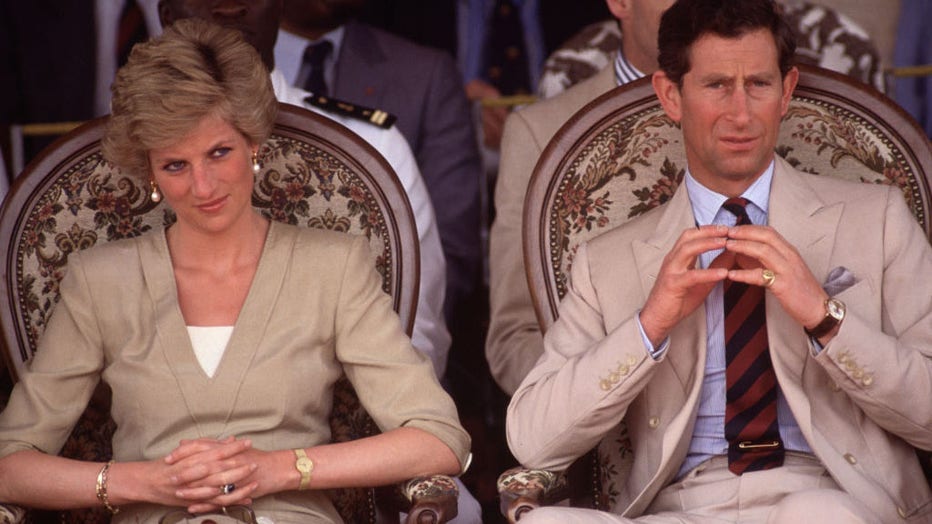 Diana Princess of Wales and Prince Charles watch a dancing display on March 22, 1990, in Bamenda, Cameroon during the Royal Tour of Cameroon. (Photo by David Levenson/Getty Images)

The glamorous young mother of Prince William and Prince Harry died in a Paris car crash in 1997, five years after her split from Charles. She was 36. Charles spent the past three decades attempting to overcome the fallout from the messy breakdown of his marriage to the highly popular princess.

But the public mood has softened since Charles married Camilla Parker Bowles in 2005.

Now known as the Duchess of Cornwall, Camilla has taken on roles at more than 100 charities, focusing on promoting literacy, supporting victims of domestic violence, helping the elderly and other issues. 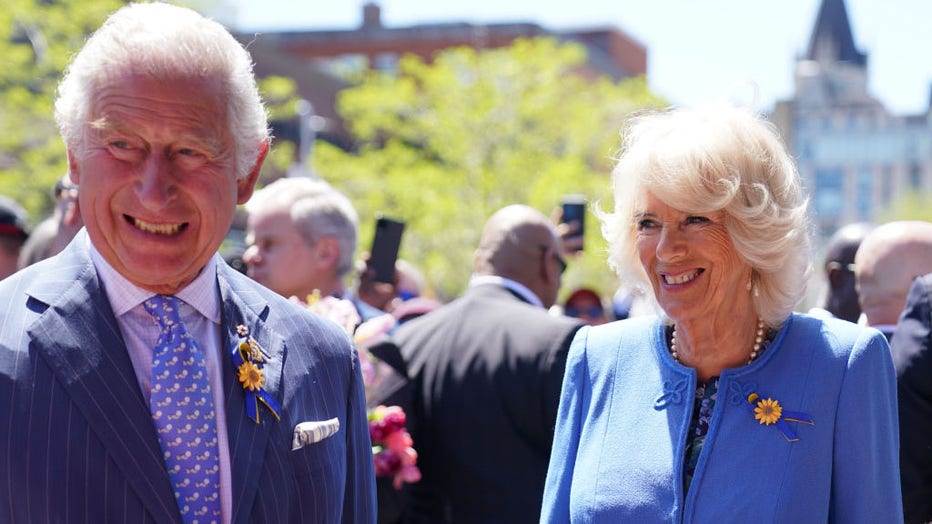 Prince Charles, Prince of Wales, and Camilla, Duchess of Cornwall during a visit to meet local market producers and merchants at ByWard Market on May 18, 2022, in Ottawa, Canada. (Photo Jacob King- Pool / Getty Images)

With a down-to-earth style and sense of humor, she eventually won over many. Her warmth softened Charles’ stuffy image and made him appear more relaxed, if not happier, as he cut ribbons, unveiled plaques and went about the often humdrum tasks of royal duty.

Earlier this year, the queen sought to bolster the couple’s position by expressing her "sincere wish" that Camilla be known as "Queen Consort" when Charles becomes king. Elizabeth’s words rejected arguments that the history of the relationship should relegate Camilla to some lower status, transforming her from home-wrecker to future consort with the swipe of a pen.

It was Camilla who accompanied her husband as he presided over the opening of Parliament and delivered the Queen’s Speech, laying out the government’s legislative program. And as Charles becomes the ever more public face of the monarchy, the public can expect to see the duchess beside him.

Because Charles has been waiting in the wings for so long, his passions are well known.

The prince began campaigning for environmental causes long before they were mainstream concerns. He has been accused of meddling in politics, something the monarch is barred from, by speaking up about property developments he opposed and other issues.

During a recent trip to Canada, he waded into a highly charged issue, acknowledging the "pain and suffering" endured by Indigenous communities that had children taken away and abused at state-sponsored residential schools.

But for now, as the queen continues to keep her pledge of serving Britain and the Commonwealth her whole life, Charles has recognized that he can be a bit less stuffy in public – more accessible even. Nowhere is that more evident than in a special jubilee appearance on a television soap opera.

Charles and Camilla will surprise residents at a street party held to celebrate the Queen’s Platinum Jubilee on the long-running BBC show "EastEnders." In a clip shown after a recent episode, partygoers are told, "You have got to see this mystery guest" – before the royal couple pulls up in a car beside The Queen Vic pub.

It may be a possible sign of things to come for the House of Windsor.