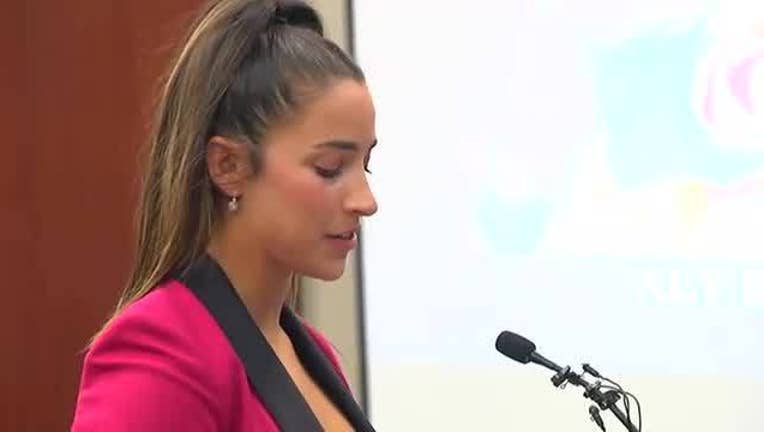 NEW YORK (AP) - Gold-medal Olympic gymnast Aly Raisman and dozens of other women who spoke out about sexual abuse by Larry Nassar will receive the Arthur Ashe Courage Award at this year's ESPYS.

The July 18 show in Los Angeles honors the past year's best athletes and moments in sports. Alison Overholt, a vice president at ESPN, says the women have shown "what it truly means to speak truth to power."

More than 250 gave statements in court when Nassar was sentenced for sexual assault in January and February. They said the sports doctor molested them while they sought treatment for injuries.

The ESPYS will be broadcast live on ABC at 8 p.m. ET from the Microsoft Theater.