DEARBORN, Mich. (FOX 2) - Once calling Detroit home, civil rights icon Rosa Park would have been 107 years old Tuesday as we continue to celebrate during a month dedicated to remembering some of our nation's greatest heroes.

Parks' voice plays on a recording at the Henry Ford Museum on the bus where she made history by refusing to give up her seat for a white man in Montgomery, Alabama decades ago.

"The driver said that if I refused to leave the seat, he would have to call the police and I told him call the police, which he did and then they came and they placed me under arrest," she says on the recording.

That moment was the spark that started the Montgomery Bus Boycott that would last 381 days and bring an end to segregation on board these buses. It was Rosa Parks, born on this day 107 years ago, ho was responsible for making it happen.

"And we're here on her birthday," said Robert Murray.

Robert and Loretta Murray are in town from Florida visiting the Henry Ford Museum, where the story of Rosa Parks is told over and over each day. It never gets old - it is both timely and timeless.

"We love to talk about Rosa Parks as a social innovator. She used not just her position in society but her calm demeanor to take a stand. She said that day, I wasn't tired, but I was tired of giving in," said Kaitlin Scharraeraqi with the museum.

It's a story that continues to inspire adults and kids alike.

"I'm a kid who loves superheroes and hearing the story of Rosa Parks I'm like, wow, she's a real superhero you know," said Stu Barber.

Parks would go on to call Detroit home for decades where she died in 2005, leaving behind a legacy of courage and determination.

"Leadership and history altogether and I know when she was sitting here she did not know that history was written," Robert Murray said.

"I think she was really courageous and we need people like her in history. We need more people to stand up like she did - even today," said Jenna Bonarrigo. 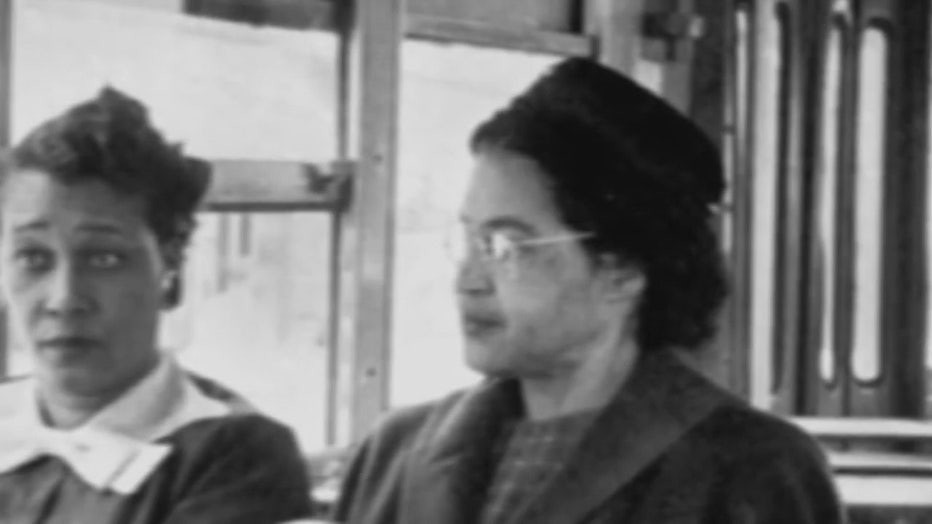 "It's amazing that we've come how far we have come, but it's crazy to think that this wasn't that long ago - we still have a long way to go as a country to get where we should be," Carlos Salinas said.