AUSTIN, Texas - Texas’ highest court has given the green light to four parents of Sandy Hook shooting victims to move forward with legal action against Alex Jones, InfoWars, and other associated conspiracy theorists.

InfoWars is an Austin-based group of conspiracy theorists led by Alex Jones. Friday, the Texas Supreme Court rejected Jones’ attempts to get the defamation lawsuits dropped.

For years, the group peddled claims on its massive online platform that the Sandy Hook Elementary mass shooting was a "hoax."

"Claiming the parents were actors, that the tragedy never happened, questioned if children were killed and it just compounded from there," explained Neil Heslin, whose 6-year-old son Jesse Lewis was murdered in his first-grade classroom.

Heslin says the case is personal for him.

He says he was targeted by the InfoWars conspiracy theorists, who claimed he lied about holding his dead son. "Fact is, I did hold my son. I did see him with a bullet hole in his head, right through his forehead, above his eyelid, the center of his head. It exited the rear of his head, the wound in the back of his head was the size of a softball. What more is there to tell?" Heslin said softly

Still, InfoWars pressed on, falsely claiming that the Sandy Hook victim’s bodies were never released. "In Jesse’s case there was an open casket, 5,000 people saw Jesse. You know? So where does Alex (Jones) or Owen Shroyer get off with saying I didn’t hold my son, I didn’t see my son?" said Heslin.

Heslin says followers of Jones have confronted him over the phone, online, and in person. "It’s just so easy for people to get your contact information now, and it becomes harassment." 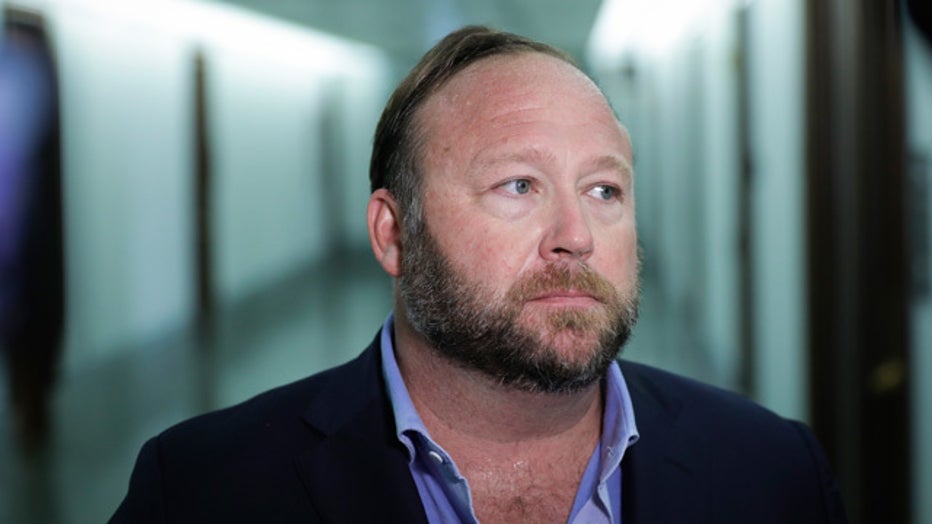 Bankston says Jones will likely be in court this year. After three years of legal roadblocks, Heslin says he looks forward to finally facing Jones and InfoWars in-person. "Money can’t correct the damage that was done this whole thing, this lawsuit I have is not about money. It’s about holding him accountable for what he did and said," he said.

FOX 7 Austin reached out to the attorney contacting Jones.

They replied, "Mr. Jones is not trying this matter in the press."

In a taped deposition released in 2019, Jones reversed course and said he did believe the Sandy Hook shooting happened. He said his claims otherwise were part of what he called a "psychosis."