FOX 2 - “I think voter intimidation is an issue and some people feel there is intimidation factor is out there,” said Robert Stevenson

That prompted Secretary of State Jocelyn Benson to issue an administrative order banning the open carry of firearms within 100 feet of polling locations on Election Day.

Secretary of State Jocelyn Benson to issue an adminstrative order banning the open carry of firearms within 100 feet of polling locations on Election Day.

Three gun rights groups are now suing Benson because of that directive. But Stevenson, the head of the Michigan Association of Police Chiefs says regardless, officers can't enforce her order because it's not based on law.

“All we are saying is if someone is inside a polling station and they are open carry, and they are not violating any state or federal law, not brandishing a weapon, intimidating voters, they are not threatening people, in and of itself - we can't go and lock them up,” Stevenson said.

The Oakland County Prosecutor's Office is going as far as sending out the direction to all local police agencies.

FOX 2 obtained the emails that say although the open carry ban is not enforceable, there are other laws to regulate people who bring guns and scenarios to watch for, to prevent voter intimidation at the polls.

“They are standing in the parking lot, they are yelling at people, there are two or three people with guns standing breast to breast and people and they have to walk around them to get inside the polling station that is clearly voter intimidation.”

“Just being on the alert at Oakland county people in IT department scour social media to see if anyone is putting anything out there of course they are on alert for any possible incident,” said Lisa Brown, Oakland County clerk.

Over the last week, information coming out of Washington making some voters doubt the system and their safety. 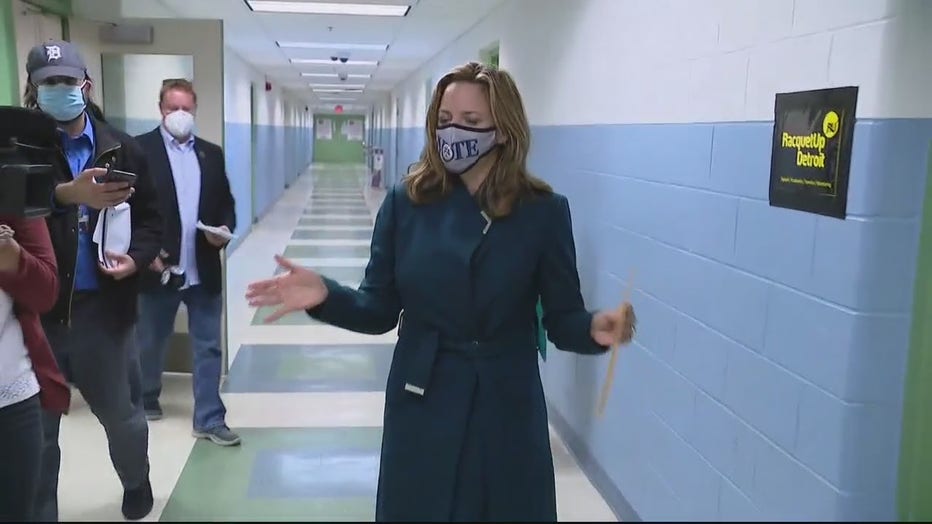 Brown says she is waiting to hear the judge's ruling regarding the open carry ban lawsuit - but assures the public it is a transparent process. and her office has been working with law enforcement at every level to make sure everyone can cast their ballot in a safe and secure way.

“We don't want it to ever happen anywhere, but there are different rights people have,” she said. “We want to make sure it doesn't conflict with one another.”

“I know our police chiefs talking back and forth working with clerks so they can respond and diffuse a situation before the tempers flare,” Stevenson said.