MONDAY NEWS HIT - Detroit police are investigating a violent scene outside a gentlemen's club on the city's southwest side that injured six people.

The eruption of gunfire happened around 1:47 a.m. in the 6600 block of Michigan Ave. when a large group of people had congregated outside the Sting Gentlemen's Club.

6 shot, 2 in critical condition after an early morning shooting outside Detroit gentlemen’s club

Five of the victims were transported by medics while the sixth victim was privately conveyed to a hospital.

The circumstances of how the shooting started and why are currently unknown.

Police were seen laying out a lot of evidence markers, indicating several bullet casings were being identified. Police are also looking at surveillance video.

However, the content of the video is unknown at this time.

After serving as the city's drive-thru testing site for the majority of the COVID-19 outbreak, Detroit's outdoor screening facility is moving away from the State Fairgrounds.

Adapting to cooler temperatures while getting a better handle on the virus, city officials believed a move indoors would be necessitated before long. 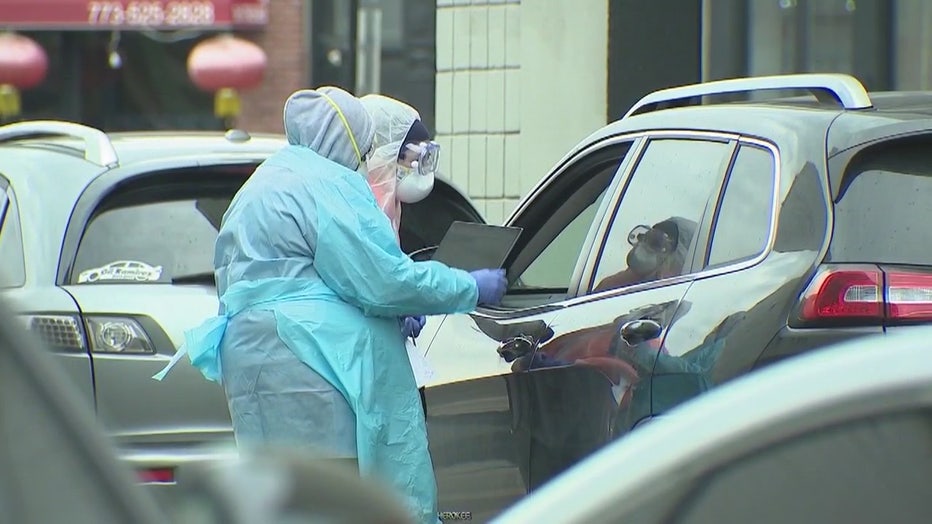 Free COVID-19 testing will still be available to any resident from Wayne, Oakland, or Macomb County after the facility moves on Tuesday.

"The team that has been running the testing site at the Fairgrounds did an extraordinary job making it smooth and efficient for Detroiters and our suburban neighbors to have convenient access to testing," said Mayor Mike Duggan in a statement. "I am confident that the new site will run just as well and that we'll continue to contain the spread of the virus through the knowledge of who has it and who doesn't."

Detroit's chief operating officer said the new location will be able to accommodate the same volume of tests per day, but noted current demand had dropped to between 200-300 daily.

Construction is also set to begin at the old State Fairgrounds on a new Amazon distribution center in October.

Detroit police are investigating a crash scene in the 15000 block of Trinity, near the Brightmoor neighborhood on the city's west side.

Around 3:40 a.m., a 25-year-old woman riding a three-wheeled motorcycle, also known as a Slingshot, struck a tree.

Medics pronounced the woman dead after transporting her to a hospital. 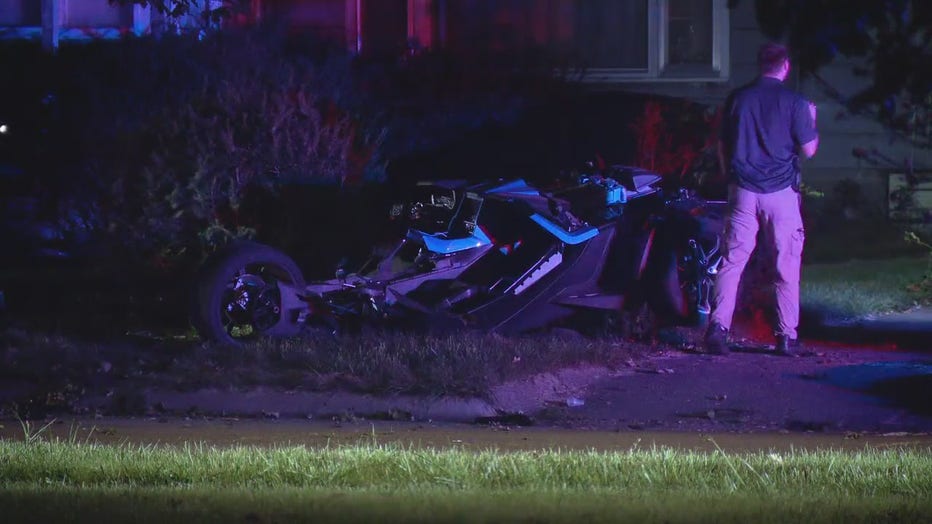 A three-wheeled motorcycle, also known as a Slingshot, after it had crashed into a tree. The driver died shortly after.

The circumstances of the crash are still being investigated.

Around 11:43 p.m. Sunday night, a 28-year-old man was killed after travelings at a high rate of speed on a motorcycle.

Detroit police say the man was doing a wheelie when he lost control and crashed into the rear end of a Dodge Durango.

The victim was taken to a local hospital where he was pronounced dead.

The driver of the Dodge was uninjured.

Michigan's bucolic week of weather has ended and replacing it is forecasted rain on Monday, a high of 64, with more 50s and 60s expected later in the week.

The warm weather is coming to a close, with rain to accompany the cooldown!

Rain will mainly hold off until the afternoon.

A more comprehensive ban remains scheduled for November, about a week after the presidential election. The judge, Carl Nichols of the U.S District Court for the District of Columbia, did not agree to postpone the later ban.

The ruling followed an emergency hearing Sunday morning in which lawyers for TikTok argued that the administration's app-store ban would infringe on the company's First Amendment rights and do irreparable harm to the business.

Earlier this year, President Donald Trump declared that TikTok was a threat to national security and that it must either sell its U.S. operations to U.S. companies or be barred from the country.