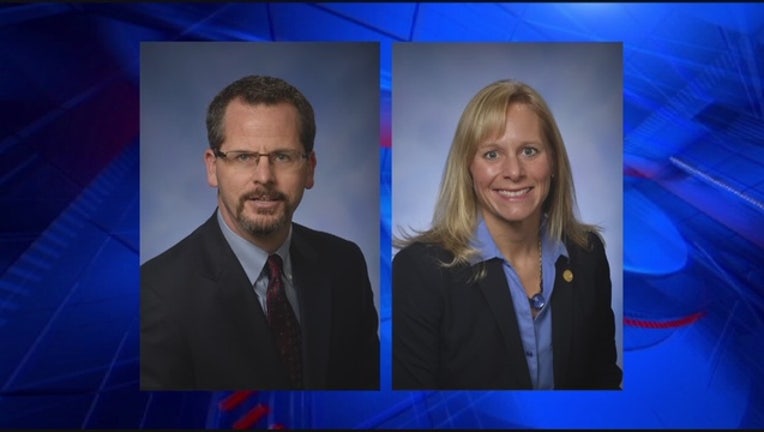 (WJBK) - In school they tell you how a bill is passed.  It's introduced, goes to committee, is passed in both houses and the govenror signs the thing. That was easy.

It's also not exactly acccurate.

Sometimes unrelated issues get linked, and that may be the case when it comes to the Todd Courser/Cindy Gamrat story having an impact on efforts to fix the roads. You gotta be kidding, right?

There are three schools of thought on the linkage.

Because House GOP Speaker Kevin Cotter has been distracted by the behavior of his two underlings, he's not had enough time to work out the road fix.

The second theory has the house "putting the wagons in a circle" in an attempt to work together to pass a road fix. That would change the converstion in town from Mr. Courser and Ms. Gamrat to something a tad more positive, such as actually doing something on the roads.

Related to that is the notion that the legislature "looks weak and dysfunctional," and you could flip that around with a positive vote this week on roads. That from an inside source who is following all this very closely.

Pick your theory, but what is clear is that Mr. Cotter is on a mission to find 55 yes votes for a package that reportedly includes $600 million in new revenue and an equal amount from the current state budget combing to reach the target of $1.2 billion which the governor wants.

One more linkage angle to contemplate. If the embattled TEA Party lawmakers were to resign, and don't bet the farm on that, the Speaker's target of 55 votes would be sliced to 53.

Either way, this week promises to be a mucho interesting on both stories as lawmakers return to the arena Tuesday.