"There ought to be a charge called felony stupid because whoever does this, you're that stupid," said Steve Dolunt, retired assistant Detroit police chief.

Gang members Antoine and Austin Woods were caught planning to murder a rival gang member who embarrassed them on social media.

Gang members Antoine and Austin Woods were caught planning to murder a rival gang member who embarrassed them on social media.

They are charged with 17 counts including racketeering, conspiracy to commit murder and obstruction of justice.

"I know the prosecutor's office wanted more time, but I think the judge was fair."

Back in October of 2015 after rival member "Baby James" embarrassed the Woods brothers on social media - the duo vowed to not only kill him, but also hurt his family. Several shootings followed with two homes shot up.

"Why are they doing this," Dolunt said. "I'm better than you? No you're in jail now, stupid."

The brothers trying to shoot "Baby James" outside a Detroit exotic dancer club - and instead, hit an innocent bystander and shot up another woman's car.

Since the plan didn't work, court documents say - after posting "'Bout to hit 'em where it hurt now" on social media - the brothers shot up his grandmother's home and his mother's hair salon. Thankfully, no one was hit.

The brothers also posted their raps on YouTube - Antoine bragged that he would have a fellow gang member act as an undertaker - and Austin - vowing his "goons" would take action.

But now it's federal prison after another former gang member, helped and testified against them.

"Thank you, you help us out all of the time with your stupidity," Dolunt said. "I encourage you to use social media more and more." 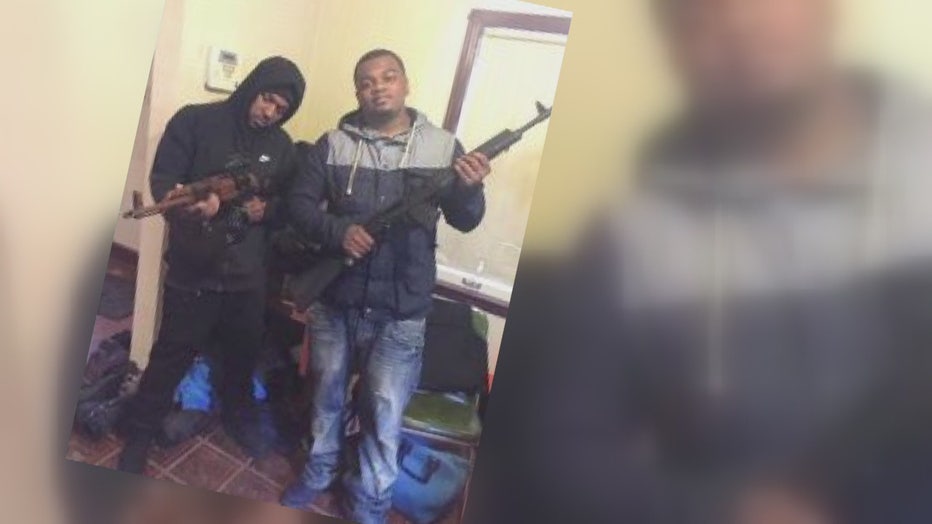