An attorney for a U.S. Army special forces sergeant arrested in what authorities called an apparently random shooting at an Illinois bowling alley that left three people dead told an initial hearing Monday that her client may suffer from post-traumatic stress disorder.

CHICAGO - An attorney for a U.S. Army special forces sergeant arrested in what authorities called an apparently random shooting at an Illinois bowling alley that left three people dead told an initial hearing Monday that her client may suffer from post-traumatic stress disorder.

Duke Webb, 37, faces three counts of murder and three counts of first-degree attempted murder for injuring three others in the shooting at Don Carter Lanes, in Rockford, on Saturday evening.

According to Army service information, Webb had four deployments to Afghanistan, the most recent once ending in July.

His lawyer, Elizabeth Bucko, also told the hearing in a Winnebago County courtroom that Webb appeared to have issues with memory loss. She added that he will undergo mental health evaluations, the Rockford Register Star reported.

The judge denied bond for Webb, meaning he will remain jailed. His arraignment was set for Feb. 16.

Webb was taken into custody shortly after the shooting and without officers firing a shot, Rockford Police Chief Dan O’Shea said Sunday. The suspect has no known ties to the victims and authorities "believe this was a completely random act," O’Shea said. 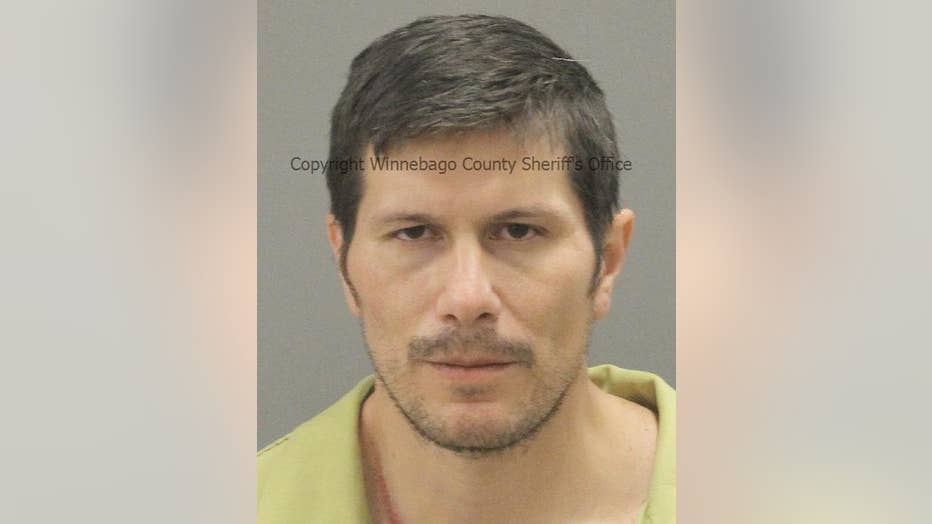 At a news conference Monday afternoon, Winnebago County State’s Attorney J. Hanley said that Webb was in the Rockford area visiting family. But Hanley declined to comment on possible motives for the shooting.

Bucko, the defense attorney, told The Associated Press later Monday that Webb had no prior criminal record in Illinois or anywhere else, something she said was confirmed by a pretrial service report to the court. She added that Webb "has been successful in the service for 12 years."

Webb joined the Army in 2008 and was on leave Saturday, the Army has said. 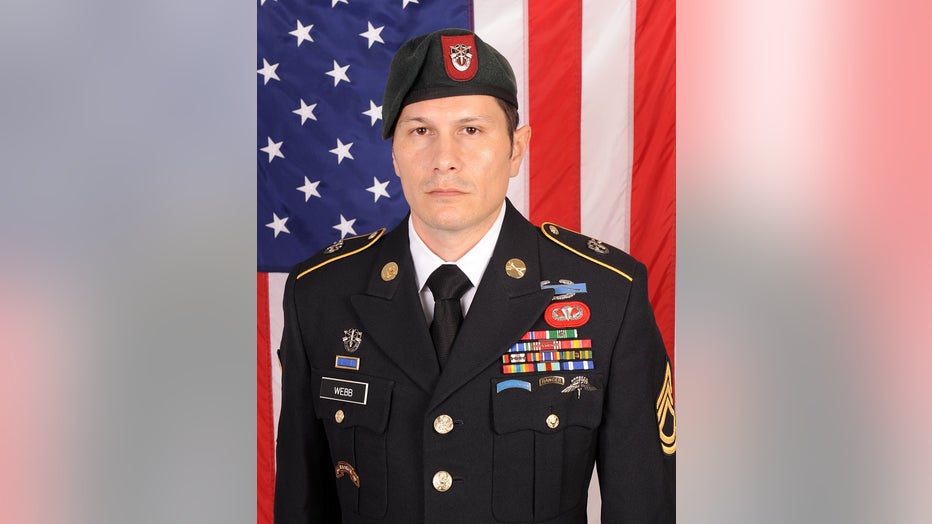 A criminal complaint released Monday says Webb admitted to the shootings shortly after officers arrived on the scene, even showing officers where he’d placed two guns he had brought with him — a Glock .40 caliber and a Glock .380 caliber.

Hanley added Monday that the firearms did not appear to be military-issued.

The complaint describes horrific scenes as the gunman opened fire just before 7 p.m. Saturday, first targeting a group of teenagers on the first floor of the two-story building.

A bullet ripped through the shoulder of a 16-year-girl, and a 14-year-old boy was hit in the face. Both survived. Thomas Furseth, 65, was on the first floor and began running toward the stairs to the second-floor bar when the gunman fatally shot him in the torso, according to the complaint. He managed to get to the second floor before collapsing.

The gunman then went up the stairs himself and opened fire in a bar area filled with up to 25 people. Dennis Steinhoff, 73, was fatally shot in the torso. Jerome Woodfork, 69, also was fatally shot and a witness later described seeing Woodfork falling from a second-floor balcony. His body was found below the balcony in a parking lot.

Tyrone Lewis, 62, survived, but was listed in critical condition. He was shot while in the bar area in the thigh, back, neck, groin and buttocks.

Webb was twice awarded the Bronze Star. Among the other awards he has compiled was the Army Good Conduct Medal, the Global War on Terrorism Medal and the Combat Action Badge, according to the service information.

The Army has said Webb is a special forces assistant operations and intelligence sergeant assigned to Eglin Air Force Base in Florida. O’Shea did not explain why he was in Illinois.

The 14-year-old boy shot in the face was airlifted to a hospital in Madison, Wisconsin, in stable condition, and a 16-year-old girl who was shot in the shoulder was treated at a hospital and released.

FOR NEWS ON THE GO, DOWNLOAD THE FOX 32 NEWS APP

The bowling alley was closed when the shooting happened, in accordance with restrictions imposed to prevent the spread of the coronavirus, O’Shea said. But a bar upstairs was open. The chief said the upstairs venue has double doors that open to the outside, ensuring the bar is in compliance with Illinois’ COVID-19 mitigation guidance.

Most of the people at Don Carter Lanes escaped or hid, O’Shea said. The teens who were wounded were picking up food at the carryout section of the bowling alley, he said.