PORT HURON, Mich. (FOX 2) - Help has arrived for a family in Port Huron and a 9-year-old boy with cerebral palsy - thanks to a police officer and the community.

A 2020 Dodge Caravan almost means more to 9-year-old Mason Warner than it does his mom and dad.

A 2020 Dodge Caravan almost means more to a 9-year-old mason warner than it does to his mom and dad.

"More than words can describe," his father Mark Colgan said. "I can’t put better words to it."

And they have friends, strangers, and a kind-hearted cop to thank for it.

"Not only did we help get them a van, but I made some new friends out of it too," said Officer Jennifer Sly, Port Huron police.

Mason has cerebral palsy. He can walk short distances but is often confined to his wheelchair and that makes it really hard to travel.

Chantel and Mark reached a breaking point of sorts in late April. They wanted to get a wheelchair-accessible van, but there were two problems:  the price tag and they were also on the hunt for a new house to better suit their growing family. 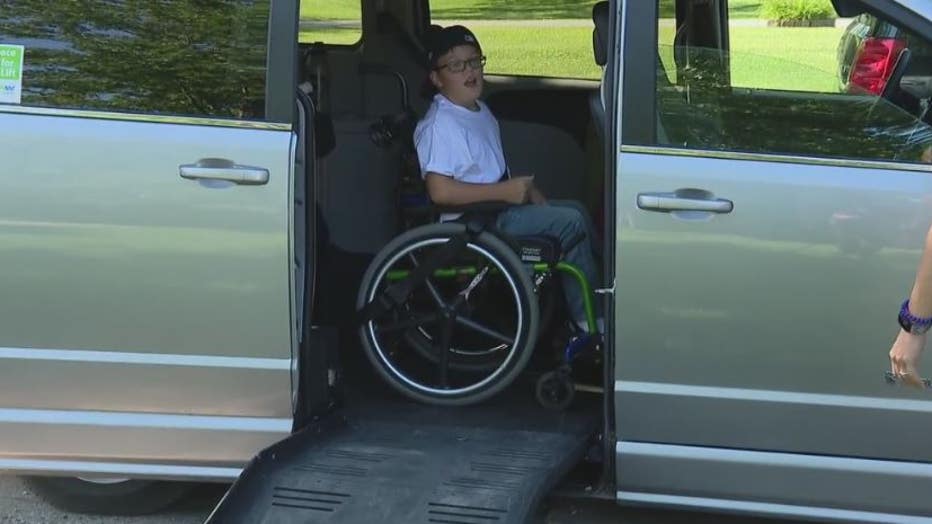 "We couldn't afford them both, we had to pick can we have a van that we can move with or can we have a house that he can be comfortable in," Chantel said. "So we ended up choosing the house - and the community chose the van for us."

"So a friend of mine got a hold of me and was telling me about a friend of hers, that was kind of in need of a wheelchair accessible van," Sly said.

And that’s where Officer Sly comes in. She met with the family and set up a fundraiser to get them some new wheels for Mason’s wheels.

Donations poured in online and into the police station over the course of two months. Local businesses and even Mason’s school chipped in, to get the new van into their new driveway. In all, $51,000 were raised to make it happen

The fundraiser covered the cost of the van and then some. The family is using the extra money to make some much-needed improvements to the new house - making life much easier for Mason. 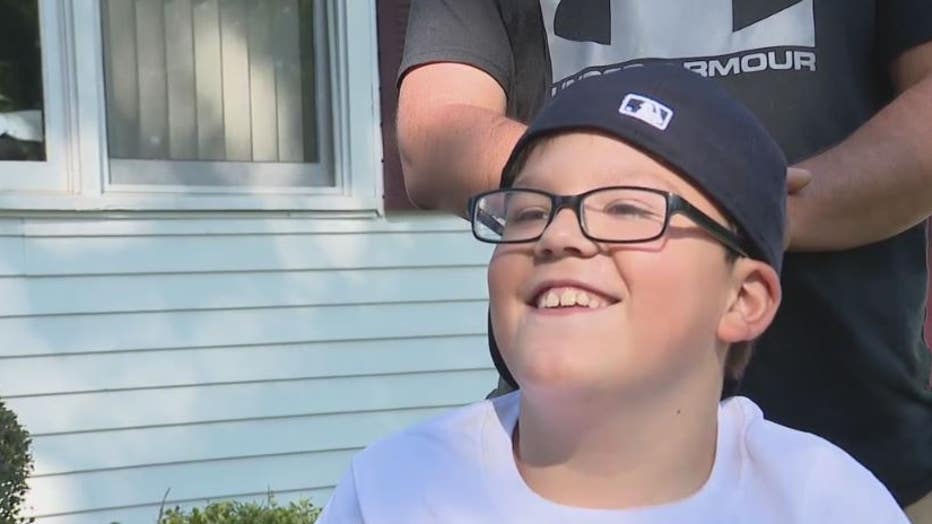 "We still do lifting with the stairs here, we have to do lifting up and down the stairs," Chantel said. "That money will cover the ramp and even the widening of the doorway from our bathroom and his bedroom so he can access both of those by himself.

"We’re incredibly grateful for everything our community does for us."

"I feel it inside my heart and my bones - people have our bacs," Mark said. "And that’s what community is, having each other’s back."