Two Grosse Pointe brothers were trapped inside their burning home on Monday. They loved hockey and now the hockey world in Metro Detroit is honoring their lives cut too short.

Sticks out for Logan and Briggs as hockey community rallies

The boys were hockey players and now are being honored with the sticks out honor. The tradition got international headlines when a hockey team in Canada died in a tragic crash. Now Briggs and Logan are getting the honor.

"Putting the sticks out is a great way to show support," said Laurie Bunn, a Grosse Pointe resident. "My company does stickers and apparel and so once this happened we quickly designed a logo and started the campaign to offer the stickers so people could have one extra way to show their support."

The boys are being honored by hockey players across Metro Detroit - and even the Red Wings. 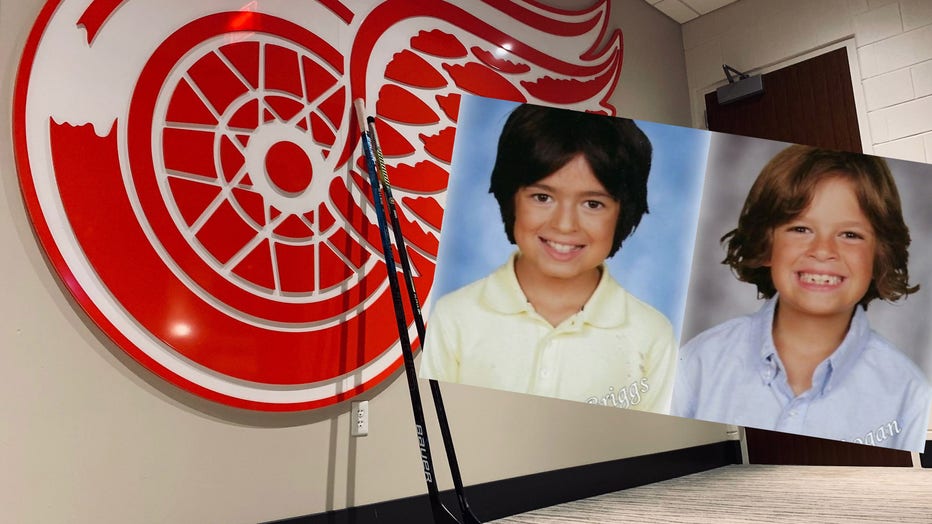 The cause of the fire is still not known but firefighters believe it started in the kitchen of the home. The boys' father had just started a new teaching job in Bloomfield Hills, their mother was running errands before Monday's late start. They called their mother when it caught fire but by the time she got there, it was too late.

Grief counselors have been brought into the elementary school where 9-year-old Logan and 11-year-old Walter Connolly attended. A memorial is also growing outside the family's home on Fisher Road.

And hockey teams who would like the helmet stickers can put in an order on the High Winds Graphix Facebook page.

The community has already begun to rally behind the parents.  There is also a GoFundMe page to help the family in their loss.

"We are asking no money for this," said Bunn. "Just help the family through the GoFundMe or whatever you can."

The Sticks Out honor is spanning the state with the Grand Rapids Griffins honoring them as well:

A search on social media finds there have been thousands of people who are paying tribute to the young boys.

"A missing chair in the classroom to a missing player on a team to not having them there available is going to work on kids probably for quite some time, maybe a lifetime depending on how close they were to them," Grosse Pointe Schools superintendant Gary Niehaus said.

A GoFundMe has been set up for the boys and has already raised more than $60,000. 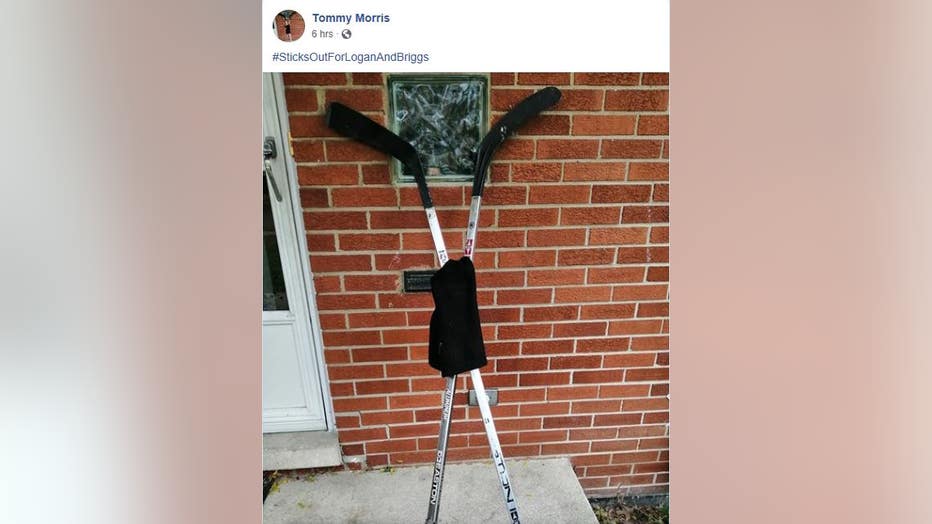