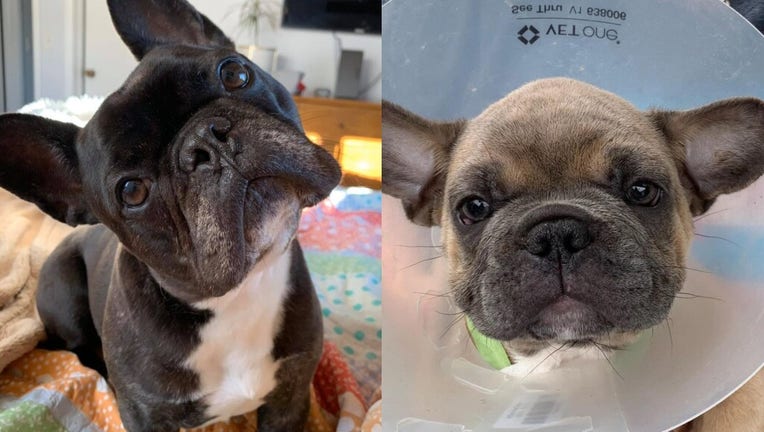 TALLMADGE TWP., Mich. - Ten French bulldogs stolen from a breeder in Ohio and worth an estimated total of $60,000 have been recovered in western Michigan, authorities said Wednesday.

The dogs taken from Holmes County, Ohio, were found Monday in Tallmadge Township, the Ottawa County sheriff’s office said, after the victim searched online and found what were believed to be the dogs listed for sale.

Sheriff’s officials in Holmes County contacted Ottawa County deputies, who recovered the dogs. They had microchips used for identification implanted beneath their skin and each was valued at about $6,000, authorities said.

French bulldogs were the second most popular purebred dog in 2020 in the United States behind Labrador retrievers, according to the American Kennel Club.