BIRMINGHAM, Mich. - "I had a lot of issues focusing when I was in school, I just could not stay focused. By the time I graduated it seemed like I really couldn't be focused on anything," said Ronnie Clopton.

That was until Clopton finished school and found Far Therapy. He has been dealing with anxiety and processing disorder for years. Then, in 2015 in his early 20s, he joined Far Therapy, which helps kids and adults with developmental and learning issues find a different way of communicating and growing as a person.

The notes that guided him often were learned. But sometimes he comes up with songs on his own. If he sounds confident to you, it's in part because of the help he's gotten at Far Therapy.

Ronnie Clopton had a lot of trouble focusing while he was in school. He said by the time he graduated, he really couldn't focus on anything. Then he found Far Therapy, a group that works with adults and kids with learning and developmental disabilities to learn new ways to communicate. For Clopton, he found his medium in piano. In the years since picking up the instrument, he's become quite proficient.

"Before I was here, I had a very difficult time even playing in front of my own mother," he said. "Now, I've done a show every year since 2017."

It's a step more than 1,400 people got help with at Far just last year alone. Whether it be autism, anxiety or physical barriers, Far finds a way in their Birmingham office or through the work they do at 11 school districts to get their clients to a place where they can communicate through art.

"They communicate through music and art and it's such an important thing. We all need to be able to communicate, we just communicate in different ways," said Pam Ayers, of Far Therapy.

Clopton has been a natural and talented piano player for years, but his music coach at Far says this type of help goes a long way.

"Even if you don't consider yourself a musician, your body is musical. Your heart is beating, when you walk you typically walk with a pace," said Susan Gregory, a music therapist. "Those are things that people don't necessarily always think about but those are ways that we can use the tool of music."

It's the type of confidence building that leads people to a place they never thought they'd be. Clopton never dreamed of getting over his anxiety and finding himself playing in front of his mother and many more. 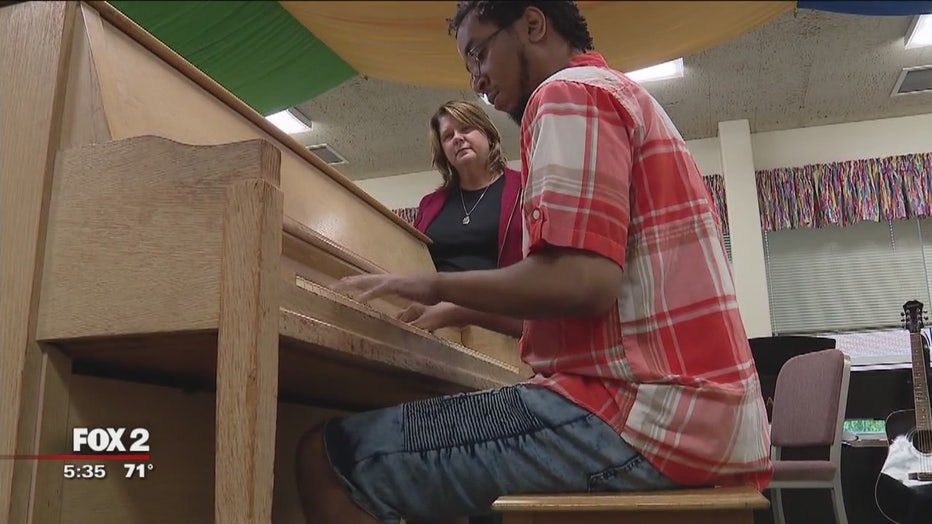