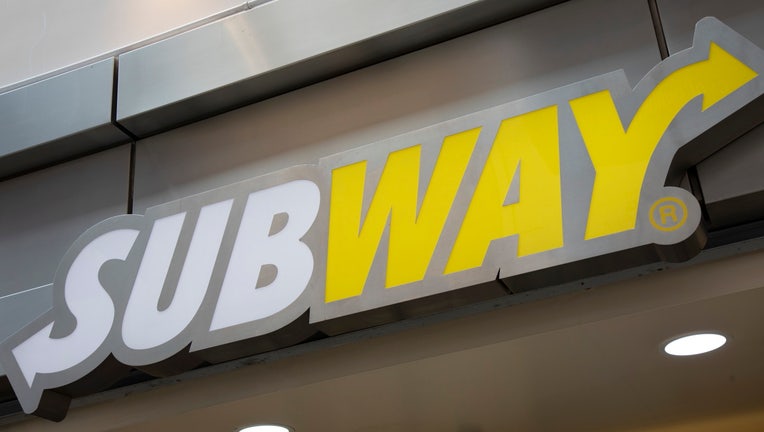 ROCKFORD, Ill. - A Subway restaurant employee says she’s been suspended from her job shortly after a video of her fighting off a robber went viral.

Araceli Sotelo of Rockford, Ill., thwarted a robbery attempt on Sept. 5, 2021, according to leaked security camera footage that was first shared with the public from RockfordScanner.com — a local news outlet that routinely reports on police blotters.

The video, which is timestamped at around 10:38 a.m., shows Sotelo fend off a robber who entered the store and walked directly behind the sandwich counter. As a scuffle between the two continued outside the employee-only section, the unknown assailant dropped his gun and Sotelo quickly retrieved it.

Before the video cuts off, the robber can be seen trying to get his gun back while he has Sotelo’s purse in hand.

"He dropped it trying to hold onto my purse, and I end up pulling his sweatshirt off him and I was like, ‘Show your face, show your face, you are on camera,'" she recalled to local news outlet WTVO. "He was like, ‘Here, you can have your purse back. just give me back my stuff.’ He wanted me to give him back his gun and his clothes. I just hit him on the head with it, that is what he was doing to me."

Sotelo told the station that she was not the one who leaked the footage, but she did share a copy of the video to her TikTok account yadalove07 on Thursday with the caption: "A man came into my job and tried to rob me."

More than 8.2 million people have seen the video on TikTok. While tens of thousands of commenters commended Sotelo for her bravery, she shared an update on Friday saying she’s been suspended from her job following the incident.

"I get a call yesterday, it was like, ‘If every one of these videos are not taken offline, you will be suspended,’ and then I texted them and I’m like, ‘How long am I suspended for?’ They said 'til everything is removed online. I have no ability to do that," Sotelo told WTVO.

She added, "They did not want anyone to know, they wanted to be private that it happened to me and that I fought back, but I think they did that because they do not want corporate to know."

Representatives for Subway did not confirm whether Sotelo has been suspended when Fox News reached out for comment.

Instead, a spokesperson wrote: "We are deeply concerned about the recent incident at a franchised location in Rockford, Illinois. The restaurant owner and management are fully cooperating with the police investigation, and we request patience until that process is complete…Every restaurant is independently owned and operated. We are in contact with the franchisee to better understand the situation and assist as needed."

An online fundraiser started by Sotelo’s mother, Sylvia Oviedo, alleges Sotelo has been suspended from work without compensation.

On the crowdfunding website, Oviedo claims Sotelo’s phone was broken and she was left without her ID and debit card when her purse was stolen. So far, the family has raised more than $15,000 and they say the money will be used for attorney fees and lost wages.

Sotelo and Oviedo did not immediately respond to Fox News’ request for comment.