DETROIT (FOX 2) - Detroit police chief James Craig said Thursday that a 16-year veteran of the force was shot and killed by a suspect that "clearly" had some type of tactical training and was trying to bait officers.

Craig said Officer Rasheen McClain was shot in the neck by a home invasion suspect hiding out in the basement and that another officer, Phillippe Batoum-Bisse, was also shot in the ankle.

Detroit Police Chief James Craig said the suspect in the shooting of two officers baited the two by hiding in the basement.

McClain and Batoum-Bisse responded to the home, which Craig said had also been shot up two weeks prior likely by the same suspect. Craig said the man had been going to the home wanting to talk with an estranged girlfriend. She was not at the home in either instance.

When the officers got to the home Wednesday night four people came running outside saying the suspect was inside and that he had a long rifle. McClain called for backup. 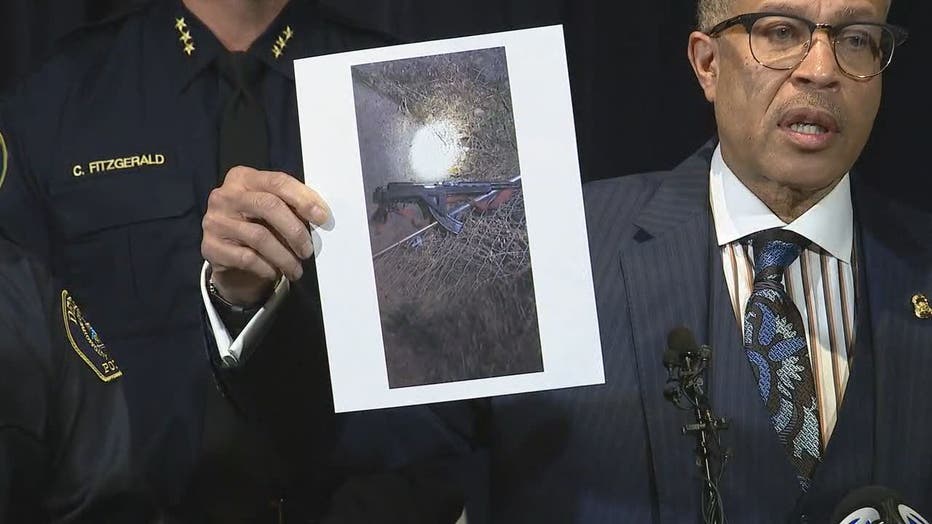 When other officers arrived McClain made the decision to enter the home, which had been left pitch black. Once the officers cleared the second and main floor they headed down the stairs, where the lights were turned on.

As they made their way down the stairs the suspect came out from the left and quickly fired two shots, with each one striking one of the officers. The two officers in the rear retreated.

McClain had been hit in the neck and Batoum-Bisse was hit in the ankle.

"[McClain was the] first one in the door, first one down the stairs to confront an armed suspect. His courage resulted in tragedy," Duggan said.

"It was very clear this suspect was trying to bait the officers," Craig said. He also believes the suspect was wanting suicide by cop based on his actions.

The suspect eventually came upstairs with his gun in hand and exited the house. That's when Craig says the suspect met the other two officers and gunfire was exchanged. One of the officers hit the suspect in the arm, and he dropped his gun and ran. He got about a block away before he was caught and taken into custody. 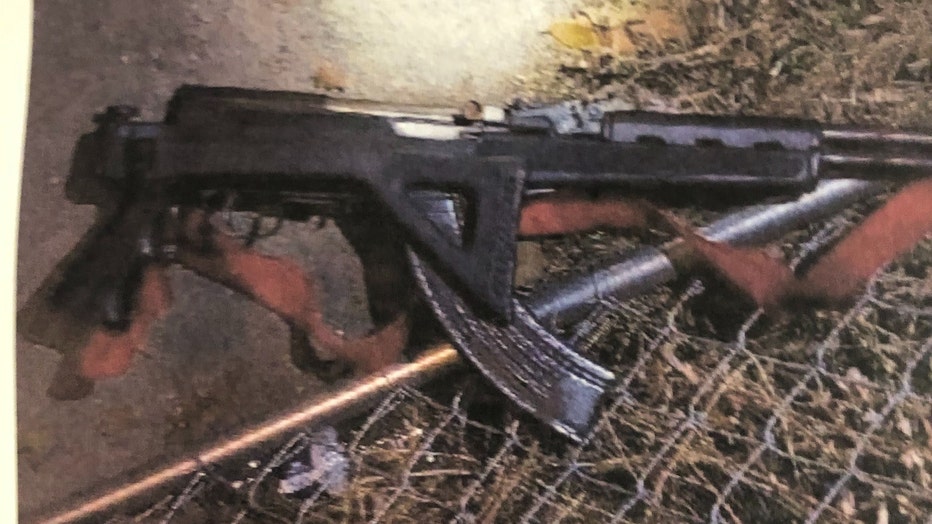 It's not clear yet what charges the suspect will be facing. The Wayne County Prosecutor's Office says it has not yet received a warrant request.

McClain leaves behind a wife of 10 years and two stepchildren.

"We've had far too many of these and each one gets every more painful. I'm always struck by the fact that we seem to lose the best of our officers in these tragedies," Mayor Duggan said.

"Absolutely a hero and a leader, a person who could make decisions," Craig said of McClain.

Funeral services have not yet been announced.