INDEPENDENCE TWP, Mich (FOX 2) - The Oakland County Sheriff's Office said it's search for two people responsible for prying open a backdoor of a weight loss and wellness center and setting three fires inside the building.

According to the sheriff, they were called to Express Weight Loss and Wellness on Dixie Highway the Independence Township just before 7 a.m. on a waterflow alarm.

When authorities arrived, water flowing out of the front door and smoke was in the air. The Independence Township Fire Department was called and the county's fire investigator responded as well.

Deputies said the back door of the business had been pried open and when they entered, they said a sprinkler head was running due to smoke in the building.

Authorities said a fire in the corner just to the right of the backdoor had already been extinguished and they found two other fires that had all been set and extinguished inside the building.

Surveillance video released shows a person spraying lighter fluid down the hallway floor and then lighting it. Cameras from nearby businesses showed two people walking in front and behind the building at the time of the fire 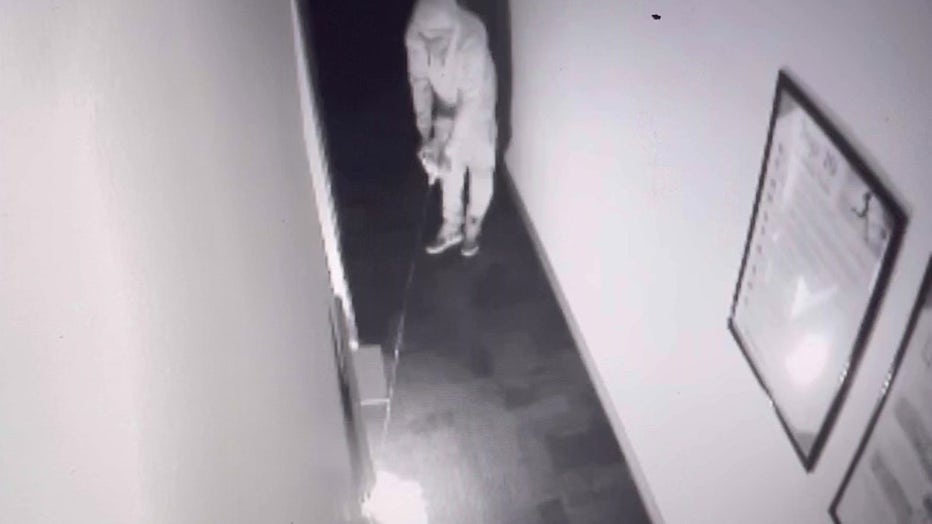 Two laptops were stolen from the business and camera footage showed one of the people with a computer and lighter fluid when they left the scene.

Anyone who has information is asked to contact the Detroit Arson Commission at (800) 443-7766 or at their webiste.

A $5,000 reward is being offered at this time for information leading to an arrest.