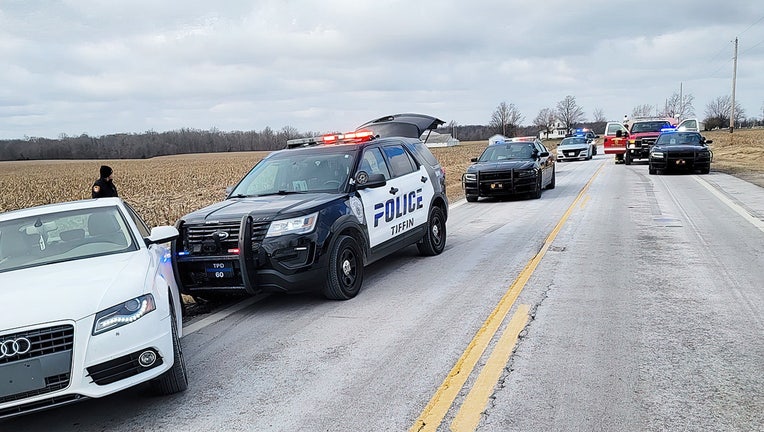 DETROIT (FOX 2) - A vehicle was stolen from a dealership in Ohio last night, which led police to an investigation, and arrest in Michigan.

According to the Michigan State Police (MSP), the Defiance, Ohio Police Department, contacted them about a vehicle that was stolen from a dealership in their city.

After the vehicle was tracked through OnStar, it was reported to be heading north on I-75. Brownstown Township Police located the vehicle and attempted to stop it. Though according to police, the suspects failed to do so, and the pursuit was discontinued.

The vehicle was then tracked to an address in Detroit, where MSP troopers found it parked in the driveway. Two males were under the hood of the vehicle, allegedly attempting to dismantle the electronic chips.

According to MSP, both males were ordered to the ground. One suspect complied, and was taken into custody without incident. The other suspect fled to the rear of the house and through the yards where he was caught by troopers and taken into custody.

According to investigators, the suspects were in possession of a re-programmed key for the vehicle.  Both suspects will be lodged at the Detroit Detention Center, pending prosecutor review and proceedings by Ohio police agencies.